The River at the Centre of the World 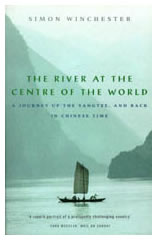 The story begins with an email sent to the author by a middle-aged couple he has never met asking him to give them some hints on what to see and do on their first trip to Hong Kong. In appreciation of his help, they send him a gift: Sherman Lee's classic A History of Far Eastern Art. Flicking through the book, Winchester is struck by a 17th century ink and pastel painting of the entire Yangtze River. This picture so fascinates him that he traces the original and resolves to make his own journey up the river, exploring both Chinese geography and Chinese history. Leaving Shanghai, he feels he's going back in time to rediscover China's past... 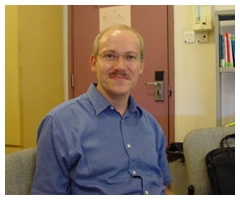 There are three reasons for recommending this book, Mr Fisher told Linkage. "It's a detective story, a travel book and also a history book." The story begins as an adventure, describing why the author is interested in travelling to the Yangtze. When he starts his journey up the river, he feels as though he's going back in Chinese time. From the landscape of today's China, he can picture scenes of old China, such as the legends, the end of the empire and the Cultural Revolution.

The part of the book that particularly appealed to Mr Fisher was the description of the Great Bend of the Yangtze: a thousand miles south from its source, it makes a sudden bend to the north at Shigu. According to the Chinese legend, "Coping with the flood", it is Da Yu who created this phenomenon. To deal with the floods caused by the Yangtze, Da Yu moved a huge mountain--Yun Ling, or Cloud Mountain --to Shigu, to block the river at its exit.

If the river hadn't been blocked by the mountain, the Yangtze would not have flowed across China to Shanghai, and the history of the Middle Kingdom would have been very different. The Great Bend is very impressive. It's hard to believe that the river could so suddenly change direction, resulting in a great change for China, Mr Fisher said. "This book inspired me; I'd really like to make the same journey."