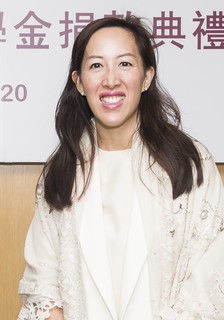 The Ng Teng Fong Charitable Foundation is a steadfast advocate of education, youth development and community services, supporting a series of initiatives that benefit youngsters. Recently, it has funded the establishment of a meaningful scholarship at CityU to encourage students to stay positive amid difficulties.

A staunch supporter of CityU, the Ng family is the founder of the Foundation and has been providing funding to the University in support of various causes, including the coding workshops in collaboration with the CityU Apps Lab and the graduation show presented by the School of Creative Media (SCM).

The Foundation was established in 2010 in memory of the late founder of Sino Group, Mr Ng Teng Fong. In addition to providing scholarships to students from disadvantaged backgrounds in Hong Kong and mainland China, it supports scholastic initiatives at universities in mainland China and Singapore.

Sino Group and Mr Robert Ng, Chairman of the Group, are Honorary Vice-Presidents of the CityU Foundation.

In June 2020, the Foundation offered a generous donation to CityU for establishing the Kiki Hung Scholarship in memory of the late alumna Ms Kiki Hung in appreciation of her exemplary personal qualities. Kiki was admitted to CityU in 2016. Despite a rare genetic neuromuscular disorder, she pursued her studies with great enthusiasm, attaining outstanding academic performances and earning a number of scholarships each year. The Kiki Hung Scholarship will recognise students with physical or mental challenges who achieve outstanding academic results.

Ms Nikki Ng, Director of the Foundation, says they have been deeply touched by Kiki’s story as she not only demonstrated her eagerness to learn but also immense perseverance and care for others despite her own struggles. “We hope that Kiki’s spirit will live on and inspire many others through the establishment of the Scholarship. We also believe CityU students can embrace opportunities and overcome challenges with a positive attitude,” Ms Ng says.

To encourage the concepts of programming among the younger generation, Sino Group has initiated the “Go Code Project” for primary school students from underprivileged families and partnered with the CityU Apps Lab to expand the project scale in 2015 and 2016. CityU students taught participants about programming concepts and app writing skills.

Sino Group has also sponsored the annual SCM graduation show for several years. The show features original works by graduating students and provides a platform for them to interact with the community and industry.