A feast for book lovers

Books on Chinese culture are the main course for visitors to the City University of Hong Kong Press (CityU Press) booth in the annual Hong Kong Book Fair, on now at the Hong Kong Convention and Exhibition Centre until 3 August. 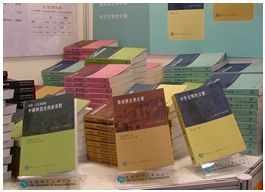 To whet your appetite for reading, during the Book Fair, CityU Press is offering special prices on: Lecture Series of Chinese Civilisation Centre, Chinese Civilisation: A Source Book (2-volume) plus a CD ROM, Analysis of Public Policies of China Series (2001-2003), and the Chinese Communication Series (3-volume). All other titles carry a 20 percent discount.

The summer holiday is a good opportunity for students to do more extra-curricular reading. "We highly recommend that they read books on Chinese culture, which provide a very good foundation for knowledge of our cultural heritage," said Mr Edmund Chan, a CityU Press editor. 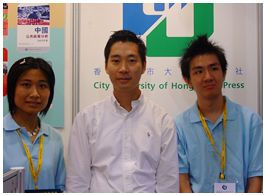 The Lecture Series of Chinese Civilisation Centre is a collection of essays on a wide spectrum of interesting topics such as Chinese archaeology, history, music, religion, and science. Five volumes have been published. The latest three are New Perspectives on the History of Science in China: Divination, Astronomy and Medical Science; Lingnan: History and Society; China and the World: Cultural Interaction. 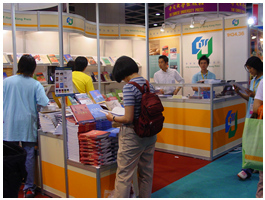 Adding another dimension to the menu of cultural books on display, CityU Press has a number of titles on auditing, building, English discourse analysis, finance, and trade, including Research and Practice in Professional Discourse, China's Challenges in the Twenty-first Century, and Building Design and Development in Hong Kong.

Established in 1996, the mission of CityU Press is to contribute to the generation and application of knowledge, to raise the academic standing of the University and to promote understanding among institutions and cultures through publication of works of scholarship, pedagogy and other works of excellence.