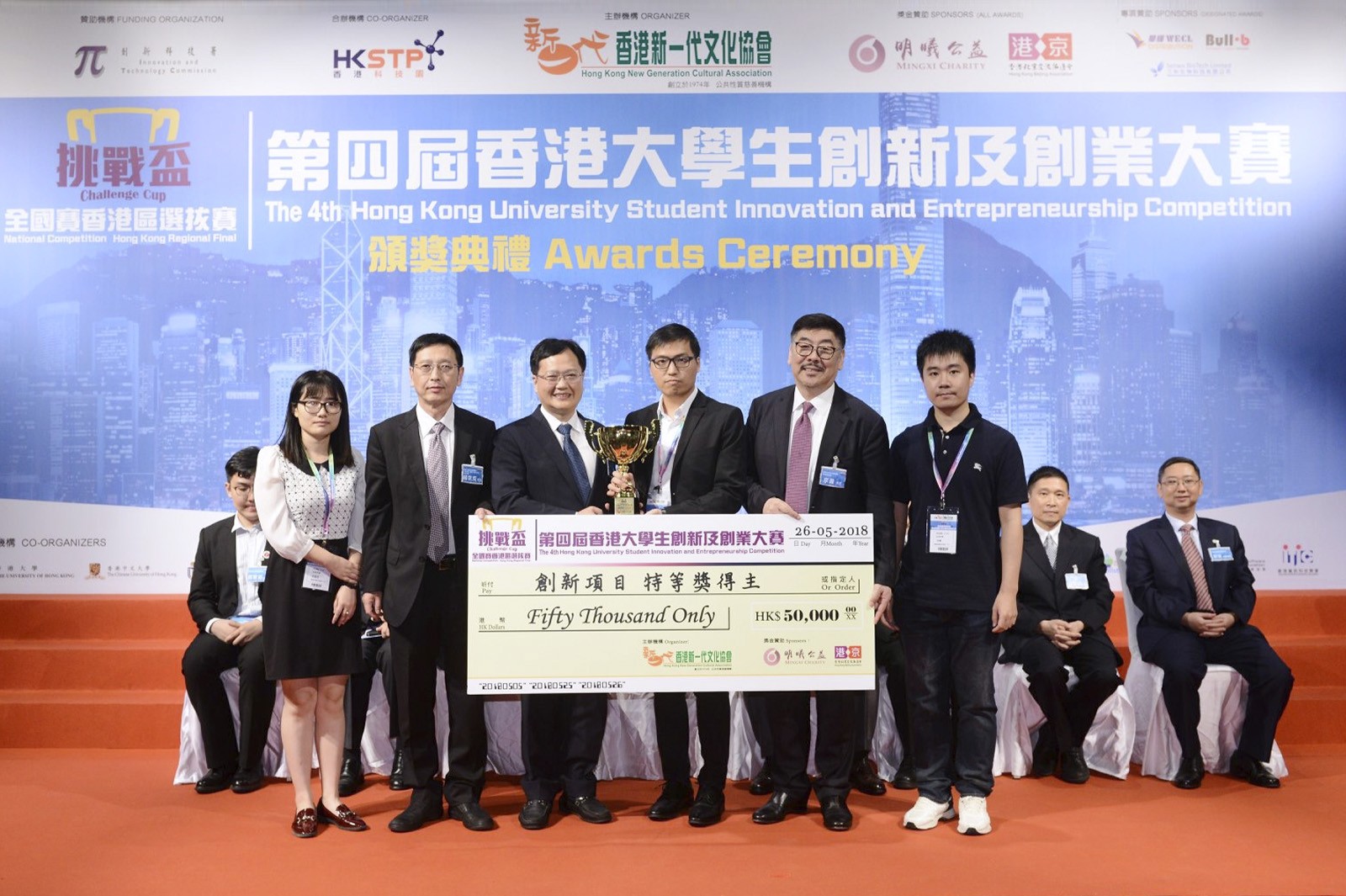 Four PhD students from the Department of Biomedical Sciences at City University of Hong Kong (CityU) won the First Prize in the Category of Life Sciences and the Top Prize in the Category of Innovation in the “Challenge Cup” National Competition – Hong Kong Regional Final. These achievements exemplify CityU’s commitment to nurturing student discoveries and encouraging research.

The winning project of the four PhD students—Lu Gang, Wang Zhaoyue, He Wenqing and Liu Peng—suggests using materials with a bio-inspired superwettability surface to develop applications for healthcare. Areas can include preventing the spread of pathogens, the formation of tumour cells and drug screening, disinfecting water, micro patterning and food/medical packaging.

The project is titled “Designing bioinspired surface with superwettability for healthcare-related application”.

Their project was hailed by the judges for its potential in healthcare.

Lu said that he had learned a lot from the competition as all the entries were of high quality. He thanked Dr Yao Xi, Assistant Professor in the Department of Biomedical Sciences, for his guidance and for encouraging them to take part in the competition. He added that he had been inspired by CityU’s rich culture of innovation to pursue breakthroughs in academic research.

He Wenqing said he felt excited about winning the competition and that he had broadened his horizons by attending talks by prominent scholars including Nobel laureates at lectures on campus.

The “Challenge Cup” aims to foster entrepreneurship among young scientists in China, while the Hong Kong Regional Final is an important exchange and sharing platform for students in local universities.

Among the 188 teams taking part in this year’s competition, CityU’s teams won 12 prizes for their projects including “An extremely safe and flexible zinc ion battery and its applications,” “Transformable Wheelchair” and “Real-time Monitoring by Automated Surveillance Network Camera and UAV at Building and Civil Engineering Project Sites – To improve Safety and Productivity”.