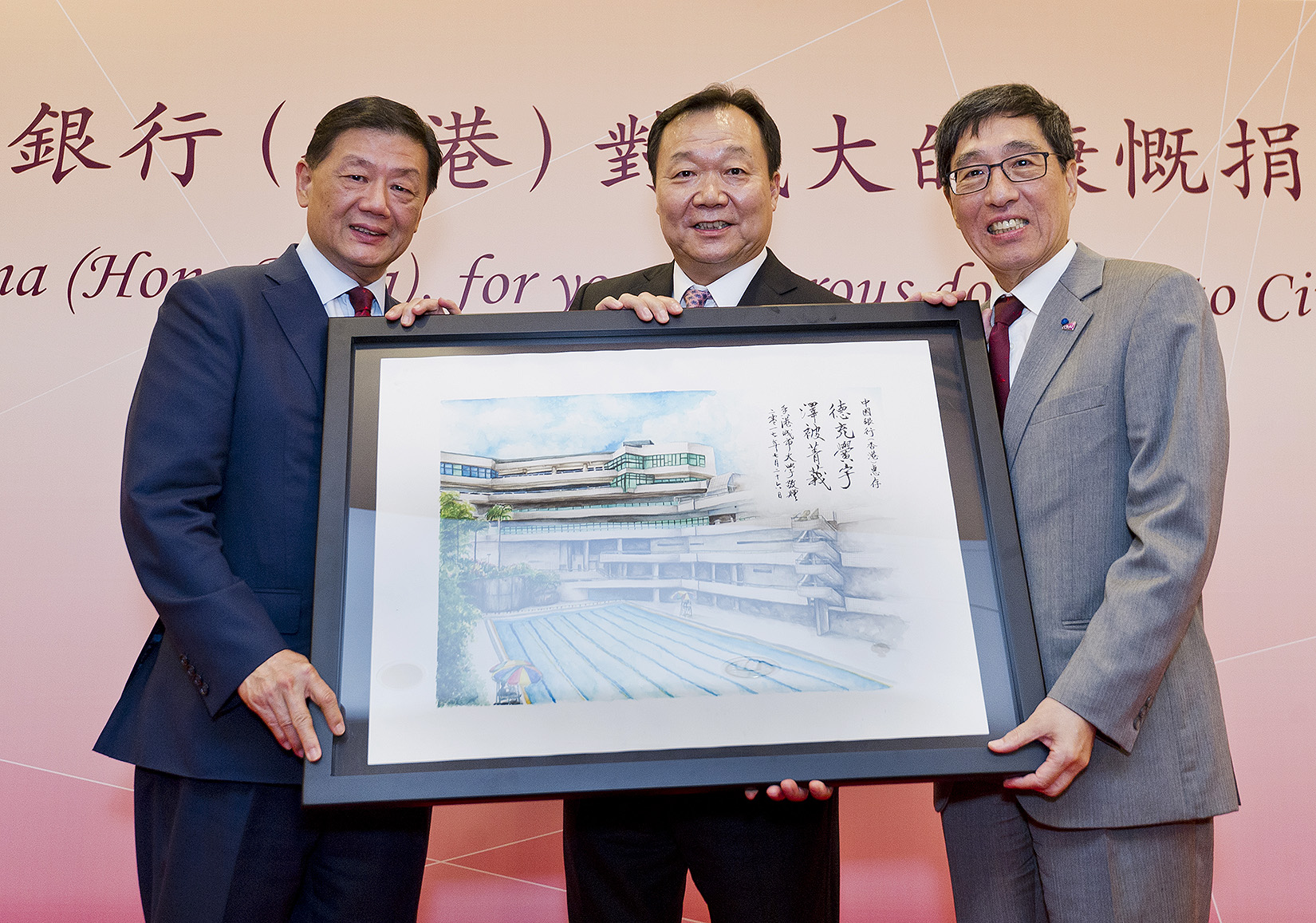 Mr Hu (left) and Professor Kuo (right) present a work of art by a student to Mr Yue.​

​​​​​​A HK$100-million donation from BOCHK Charitable Foundation to City University of Hong Kong (CityU) will support the development of veterinary medicine and students’ overseas exchanges and internships.

The gift will be used to support the development of CityU’s veterinary medicine projects, and thereby promote public health, the study of zoonotic diseases and food safety in Hong Kong for achieving “One Health” for people, animals and the environment. In addition, it will support an endowed Chair Professorship and fund students’ overseas exchanges and internships, enriching the learning experience and developing international perspectives.

The delegation visited the Veterinary Diagnostic Laboratory, learned about the latest developments of the University, and attended a dinner held by the University in appreciation of BOCHK’s support. ​​ 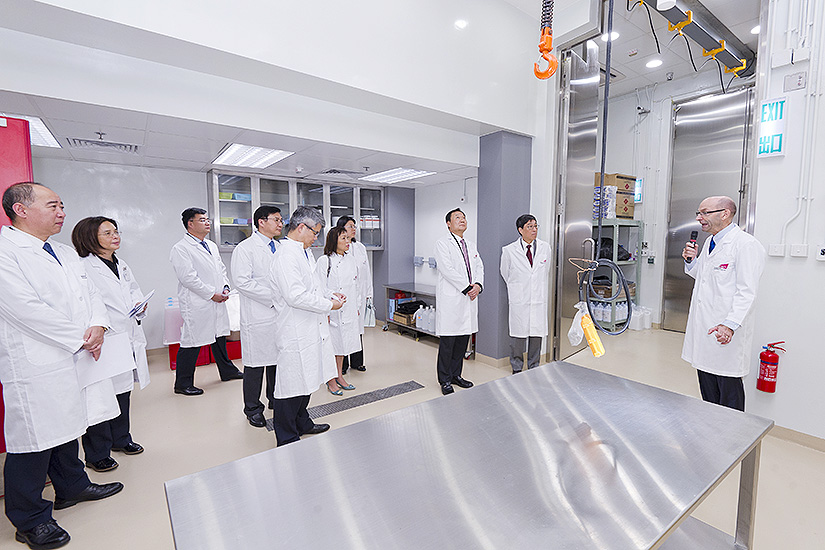 ​​​​​Mr Hu said in his welcoming address that, besides the banking business, BOCHK had been actively participating in philanthropy, and had made donations to CityU to set up student awards and bursaries.

“We appreciate BOCHK’s generous support. We will make good use of these valuable resources, boosting research into veterinary medicine and nurturing more outstanding professionals for the community,” Mr Hu said.

Mr Yue said during the dinner that he appreciated that CityU as a young university had risen steadily in international rankings. “Up to now, Bank of China (Hong Kong) and the BOCHK Charitable Foundation have contributed more than HK$500 million to the community. The largest donation at this time is HK$100 million for City University of Hong Kong,” Mr Yue said.

He added that the establishment of the College of Veterinary Medicine and Life Sciences at CityU in collaboration with Cornell University would significantly impact the Asia Pacific region and the rest of the world.

Professor Kuo expressed his sincere gratitude to BOCHK. He used the saying “a real hermit lives downtown; a real scholar cares about this world” to point out that CityU members are quietly devoted to teaching and research in line with society and contribute strongly to Hong Kong and the world.

Hong Kong’s first-ever Bachelor of Veterinary Medicine (BVM) programme will be available at CityU’s College of Veterinary Medicine and Life Sciences starting from this September. The programme has been granted a Letter of Reasonable Assurance from the Australasian Veterinary Boards Council, and full accreditation will be granted by the time that the first cohort of students graduates. 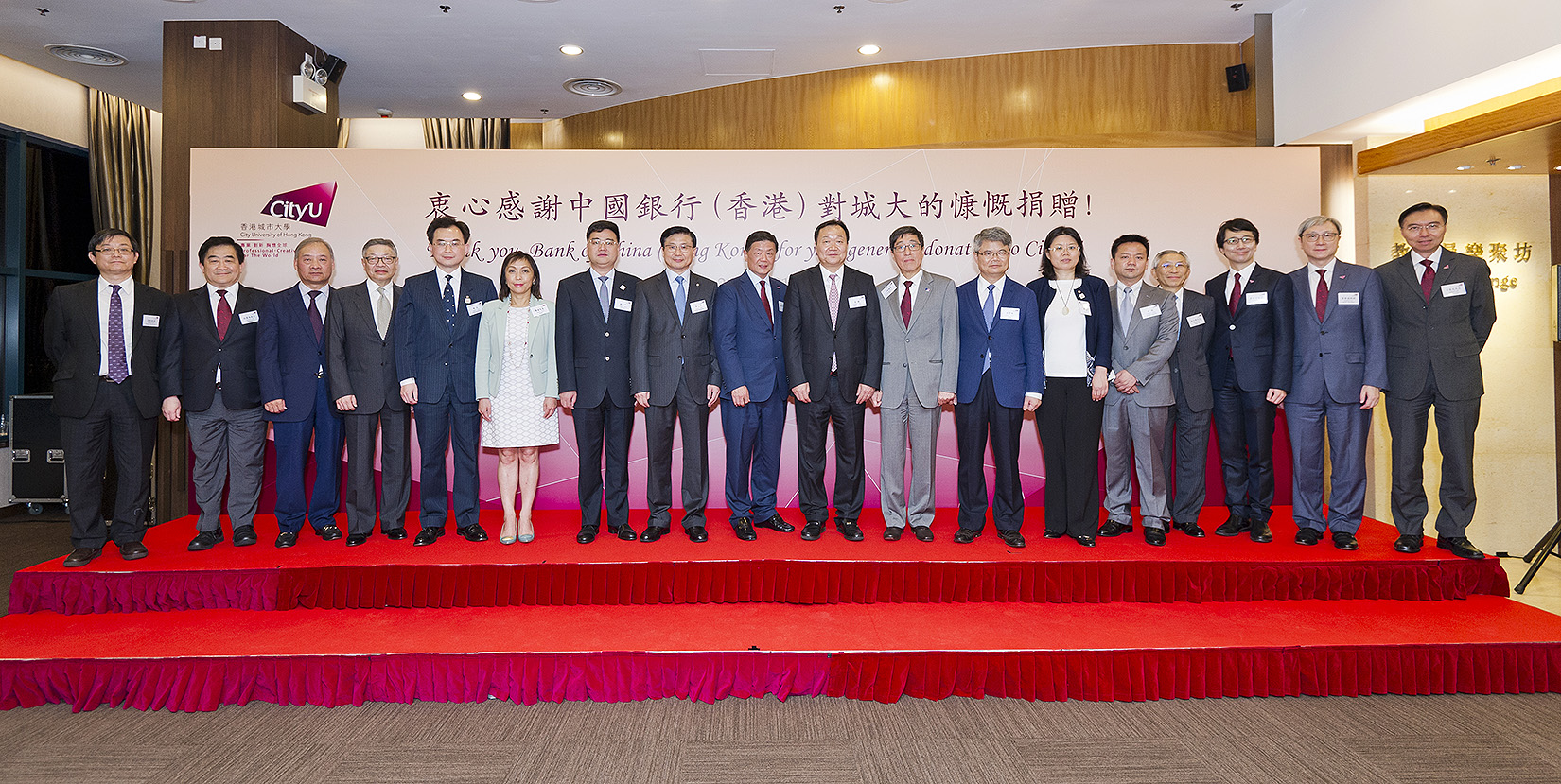