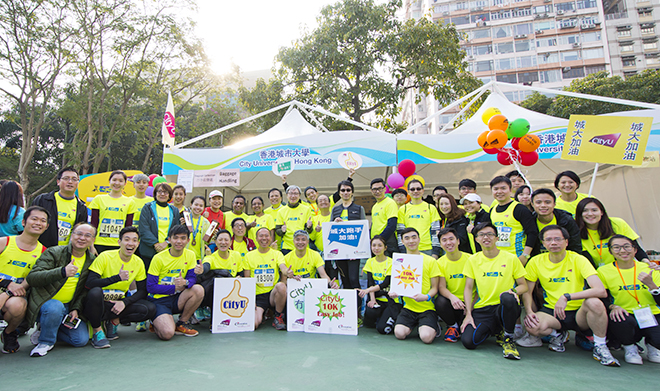 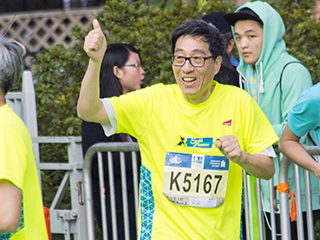 Professor Kuo joins SCHKM for the ninth year.
Professor Way Kuo, University President, led the CityU delegation for the ninth year running. A total of 422 runners from CityU ran the 10-kilometre event, while the rest took on the half- or full marathon.
CityU earned 4th place in the race’s “Most Supportive Group Award” for having the 4th highest number of runners in its team.
In addition, the more than 200 student volunteers in the support team kept morale high throughout the race, urging on the CityU athletes all the way to the finishing line.
The CityU runners ran well. Alumna Ms Lui Wai-man won the 10-kilometre Women’s Overall Challenge in a time of 38 minutes 6 seconds; while alumna Ms Pauline Cheung Pui-ling finished her 100th full marathon since 1999 at this year’s SCHKM. 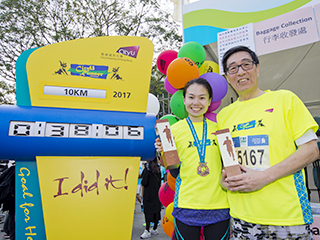 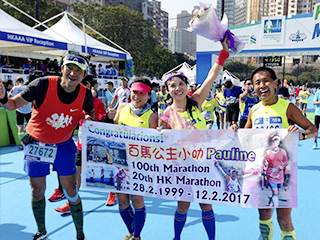