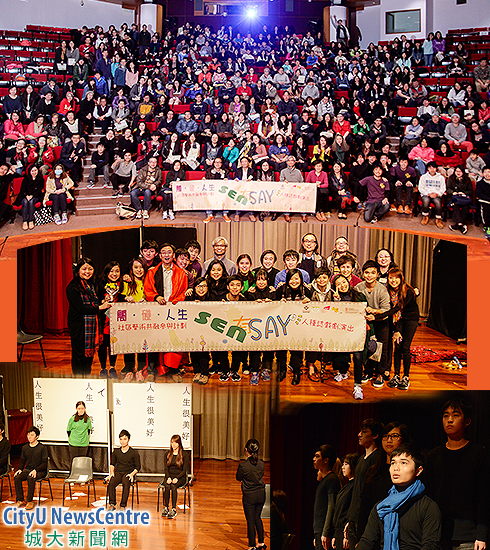 A stage play performed by students and alumni majoring in social work and psychology from City University of Hong Kong (CityU) aimed to promote a greater understanding of students with special educational needs (SEN).

The performance “SEN has SAY” attracted an audience of around 300 on 27 February at CityU’s Wei Hing Theatre.

The 15 CityU students and alumni began their research last September. After interviewing more than 60 SEN students, their parents, social workers and teachers to understand their stories and beliefs, they wrote a script and presented their research results in the form of a drama based on the materials they had collected.

Before working on the project, the performers received training from Stewards, the co-organiser of the project. They met SEN students, learned interview skills, wrote the script and songs, and rehearsed the drama.