Students to learn from services in City-Youth Empowerment Project 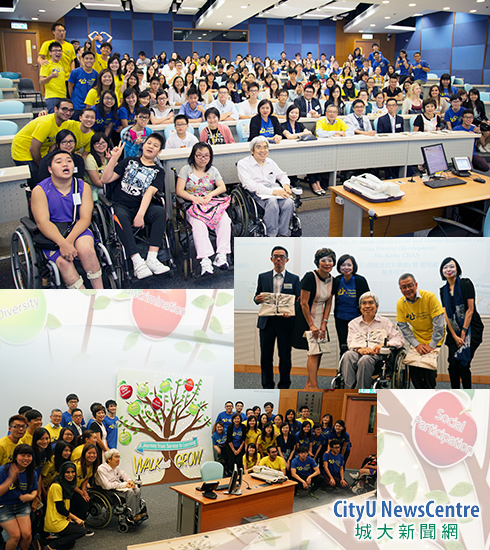 Addressing the ceremony, Professor Zang Xiaowei, Dean of the College of Liberal Arts and Social Sciences, elaborated on this year’s theme “A Journey from Service to Learning – Walk and Grow”.

The CYEP project had gradually shifted its emphasis from volunteerism to service-learning, he said. By performing services and reflecting on their work, the volunteers could achieve better learning outcomes and exert more positive impacts on local communities.

CYEP has more than 1,200 students enrolled as volunteers this year. Collaborating with other higher education institutes and non-government organisations, CYEP will organise a major event, “Homeless Outreach Population Estimation Hong Kong 2015”, in October.

Volunteers will receive training in interview techniques and will conduct a survey on homeless people.