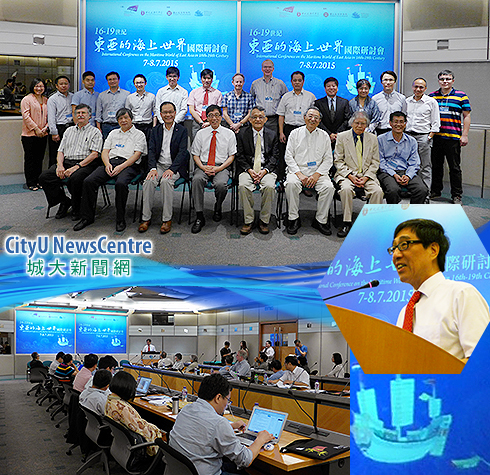 Academics from different countries discussed the maritime history of East Asia from the 16th to 19th century during a conference held at City University of Hong Kong (CityU) from 7 to 8 July.

Titled “International Conference on the Maritime World of East Asia in 16th-19th Century”, the conference was held in collaboration with the National Palace Museum (NPM) in Taipei to promote academic exchange.

More than 20 academics from the US, Singapore, Taiwan, mainland China and Macau together with local scholars of culture and history took part in the conference. They discussed various topics, including China’s contemporary ship-building technology; pirates and merchants active in South East Asia, North East Asia and China’s coast from the 16th to 19th century; and the defensive measures taken by China’s central and local governments against pirates from Japan and other areas during the Ming and Qing dynasties.