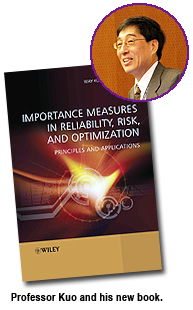 Professor Way Kuo, President of City University of Hong Kong (CityU) talked about importance measures in reliability and risk at the International Conference on Advances in Probability and Statistics – Theory and Applications on 28 December 2011.

He was one of the four plenary speakers at the three-day conference, which was held as a tribute to Professor N. Balakrishnan, a distinguished statistician and global collaborative researcher, for his 30 years of contribution to statistics.

Proposed in the 1960s, the concept of importance measures refers to a set of measurements used to evaluate the respective importance of the individual components of a system. Professor Kuo illustrated this with the example of a basketball team. “Just as the overall performance of a basketball team depends on the performance of each of its members, a system’s performance depends on each of its individual components,” Professor Kuo said. “Some components have a greater influence than others on the system’s reliability and availability in the same way as some basketball players play a greater role than others in winning a match for the team.” 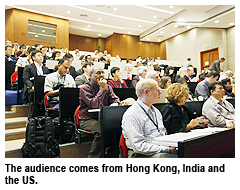 “Keeping the system simple is the key principle in enhancing a system. Given the trend of systems becoming ever more complex and complicated, optimal design for such systems is practically impossible without further investigation of other types of importance measures. For example, the design to ensure safety for Fukushima-Daichi nuclear power plant in Japan, which was affected by the Sendai earthquake and the subsequent tsunami, well illustrates a typical challenge we face today,” he added. “Other applications of the concept include the software design and design for nano-technology systems.”

Professor Kuo’s talk was based on the discussions in his new book, namely Importance Measures in Reliability, Risk, and Optimization: Principles and Applications, to be published by Wiley in 2012. 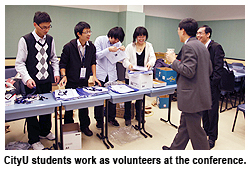