A three-day international conference organised by the Department of Building and Construction at City University of Hong Kong (CityU) addressed urgent challenges facing the global building and construction industries.

Under the theme “One World, Many Challenges”, the Twelfth East Asia-Pacific Conference on Structural Engineering and Construction (EASEC-12) highlighted how recent natural disasters were impacting the field.

“As academics and engineers we face many challenges,” said Professor Sritawat Kitipornchai, Head and Chair Professor in CityU’s Department of Building and Construction as well as Chairman for EASEC-12, at the opening ceremony on 26 January at the Hong Kong Convention and Exhibition Centre. “Natural disasters such as earthquakes, cyclonic storms, tsunamis, and extreme weather affect our design and construction a great deal.”

Professor Kitipornchai cited recent severe earthquakes such as the one in Sichuan in May 2008 that led to 80,000 deaths and left millions homeless and the one in Haiti last year that caused more than 300,000 deaths.

“Consequently, engineers are in high demand to design and build better and stronger structures,” he said.

EASEC-12 is one the largest EASEC conferences ever held. There are 10 plenary and semi-plenary lectures and 450 other presentations from engineers and academics. They come from over 40 countries and regions including Australia, mainland China, Hong Kong, India, Iran, Japan, Malaysia, Singapore, South Korea, Thailand, Taiwan, US and Europe.

They bring together a number of disciplines including, among others, bridge engineering; composite materials/structures; experimental methods; maintenance, repairs and rehabilitation; optimal design of structures; standards and codes of practice; structural and solid mechanics; structural health monitoring; sustainable buildings; and wind engineering.

Issues under the spotlight include the industry’s continued projects for ever taller buildings, a global shortage of skilled workers, a lack of specialists in heritage conservation and the problem of ageing buildings. 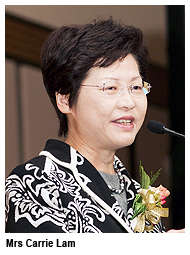 Guests of honour at the opening ceremony included Mrs Carrie Lam Cheng Yuet-ngor, GBS, JP, Secretary for Development in the Government of the HKSAR; Professor Yozo Fujino of the Department of Civil Engineering at the University of Tokyo and Chairman of the international steering committee of the first EASEC conference; and Professor Lu Jian, Dean of the College of Science and Engineering at CityU. 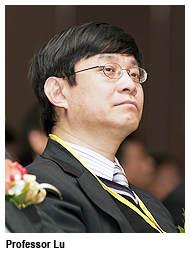 Following the opening ceremony, Dr Au Siu-kui, Associate Professor in CityU’s Department of Building and Construction, received one of two Nishino Prizes. The Nishino Prize is awarded concurrently at each future EASEC conference to a young engineer (age below 45 years) from the Asia-Pacific region for significant contributions and potential for future achievements in structural engineering and construction through research, development and/or practice.

Professor Fumio Nishino (1936-2007) and his colleagues at the Asian Institute of Technology in Thailand established the organisational structure for the East Asia-Pacific Conference series on Structural Engineering and Construction, an initiative that led to the first EASEC conference in Bangkok in January 1986.