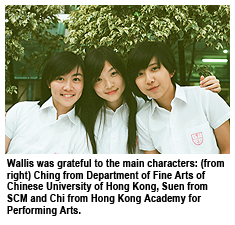 In the Open Category, 2009 SCM graduate in Bachelor of Arts (Hons) in Creative Media (BACM), major in Cinematic Arts, Wallis Chan Tsz-wai has been bestowed the Silver Award for her short film Daylily - a story inspired by her own good old days back in the girls’ high school. Daylily daintily describes the intimacy among three young girls and how their relationships changed with time. “I had never thought about shooting my own film before entering SCM. I have to thank CityU’s teachers, who enlightened me about the beauty and attraction of communication through film and video and gradually led me to find my own direction and style for my creations,” said Wallis. 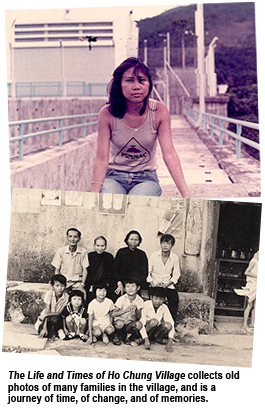 In the same category, veteran Jessey Tsang Tsui-shan, who graduated with a Master of Fine Arts in Media Design and Technology in 2005, took home the Special Mention Award for her short video The Life and Times of Ho Chung Village. Jessey’s works, screened widely in Italy, Germany, Poland and the UK, consistently fuse fictional events with true stories. Her first short narrative Lonely Planet won the Silver Award at ifva back in 2004, and her first feature production Lovers on the Road won the Best Drama Award at the 8th South Taiwan Film Festival in 2008. Jessey is now working on her second feature, The Big Blue Lake.

Another Special Mention Award winner, Oscar Sheikh, a 2009 BACM graduate, major in Animation, was recognised for his outstanding production Tancho, in the Animation category. Last year he had won the champion award in PANORAMA 2009 - Asia Pacific Animation Challenge and Animation Camp. 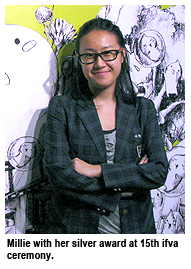 n Interactive Media Category, four awards have been won by CityU students and alumni. Breaking the traditional stereotype passiveness in watching movies, Millie Chiu Yuet-yung, also a 2009 BACM graduate, created her silver award winning interactive video installation Stories of a Cell Phone with the help of computer programming and mobile phone services. This short film enables the audience to call, or answer phone calls from, the characters in the video, with their own mobile phone, thus creating a surreal experience of mixed reality, making them a 3rd person viewer and a character in the movie at the same time.

"I think ifva is really giving us, the new media artists, greater opportunities to show our works to the public. As new media art exhibitions are often quite small, it is hard to attract the public to this kind of shows," Millie added.