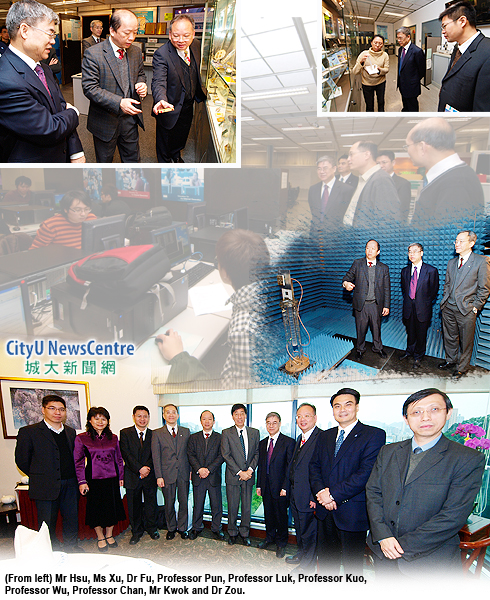 Professor Wu led the delegation for a visit to the University on 9 March. The delegation visited the State Key Laboratory of Millimetre Waves, the Networking Laboratory and the Optoelectronics Laboratory and was deeply impressed by CityU’s state-of-the-art facilities. Senior representatives of the University, including Professor Way Kuo, University President; Professor Chan Chi-hou, Acting Provost; Professor Edwin Pun Yue-bun, Acting Dean of the College of Science and Engineering; and Professor Luk Kwai-man, Head of the Department of Electronic Engineering, received and had lunch with the guests.