Due in part to the “one country, two systems” principle, Hong Kong has become a prime education destination for members of the Chinese judiciary studying common law and international law. The pioneering programme for Chinese judges offered by City University of Hong Kong (CityU) is the first legal programme of its kind outside the mainland. It creates a platform for exchanges about judicial development and legal education between the two jurisdictions. It also marks a milestone for legal education in Hong Kong while widening exposure of China’s judiciary to international legal systems that enables them to better deal with overseas cases. 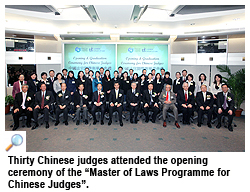 The LLM Programme for Chinese Judges, held for the second year, saw 29 graduates returning to their posts in mainland China and 30 students commencing their 12-month studies this month. It is customised for Chinese judges under the tripartite agreement between the School of Law of CityU, the National Judges College of the Supreme People’s Court of China and the School of Law of Columbia University.

Meanwhile, another 34 Chinese judges from the “Advanced Programme for Chinese Senior Judges” will begin their four-week study at CityU on the common law system and international legal concepts. 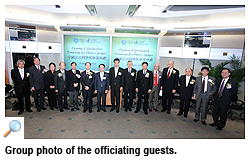 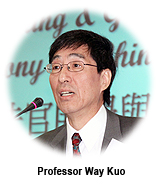 “China is on the rise in world stage. We have to keep pace with the rapidly evolving legal system,” said Professor Kuo at the ceremony. “CityU is an ideal education destination in terms of faculties and facilities. I am confident the programme will endow the Chinese judges with a deeper understanding of international legal practices and make a huge contribution to the legal system in China. The success of our programmes should be hailed as one of the most imaginative initiatives.” Professor Kuo also took the opportunity to express his gratitude to the Fu Tak Iam Foundation, JSM, Philip K H Wong Foundation and Philip K H Wong, Kennedy Y H Wong & Co for their donations in support of the programmes. 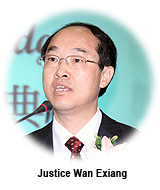 Justice Wan said the Supreme People’s Court of China partnered with SLW because of its reputation as a forward-looking and innovative legal education centre. “Columbia Law School is a top-notch law school. We are grateful to see the first batch of judges going back to their posts and the second batch here widening their international legal knowledge,” he added. 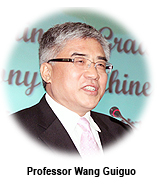 Professor Wang said, “The success of these programmes is of historical significance in legal education as well as in regards to the Chinese judiciary. CityU empowers the Chinese judges to meet complex challenges through knowledge gained from the well-designed and intensive programmes. I trust they will make important contributions to the betterment of the judiciary members in China.”

Mr Zhao Junping is one of the graduates attending the ceremony. He will resume his work in the Intermediate People’s Court in Hohhot of Inner Mongolia after graduation. He said the legal programme was timely. “Overseas cases have increased rapidly in recent years. The programme helped develop my competence in handling these cases. Studying at CityU allows me to have access to excellent facilities and research resources.”