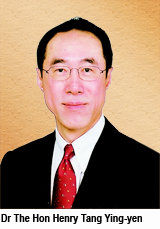 Dr The Hon Henry Tang Ying-yen, former Council Deputy Chairman and Chief Secretary for Administration, will be awarded the Grand Bauhinia Medal (GBM) in recognition of his dedicated and distinguished service to the government and the Hong Kong community, particularly in his role since 2007 as Chief Secretary for Administration and during his 2003 to 2007 tenure as Financial Secretary. With his outstanding abilities and experience in public administration, he has made a significant contribution to Hong Kong’s development and assisted the Chief Executive in steering the government through many and varied challenges. Dr Tang served as Council Deputy Chairman from 2001-02, received CityU’s Honorary Doctor of Laws in 2003 and is currently the 25th Anniversary Honorary Advisory Board Chairman. 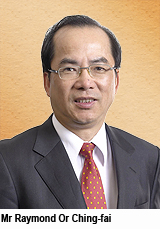 Mr Raymond Or Ching-fai, Deputy Council Chairman, will be awarded the Silver Bauhinia Star (SBS) in recognition of his distinguished community service, particularly his work for the Community Chest and his exemplary accomplishments in relation to the charity’s major fund-raising projects. Mr Or has served on CityU’s Council since 2001 and served as Treasurer from 2004 to 2008.

The Chief Executive will confer awards upon 444 people in this year’s Honours List. The presentation ceremony will be held later this year, tentatively scheduled for October. 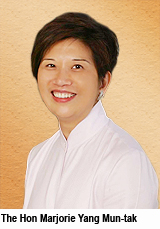 In addition, The Hon Marjorie Yang Mun-tak, former Council Member, current Member of the Executive Council and Chairman of Esquel Group, has been appointed as Justice of the Peace. Ms Yang served on CityU’s Council from 2001 to 2002.