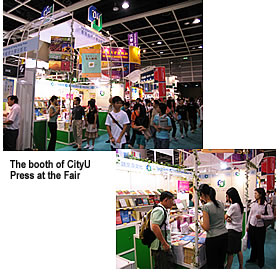 In his book A dialogue with young people on Whole Person Education, Professor Edmond Ko adopts a non-academic perspective, sharing experiences from 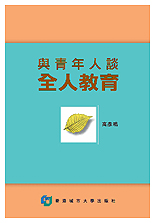 co-workers in the field and listing more than 20 practical suggestions for university students and young people to help develop themselves. Professor Ko has devoted much time during his distinguished career in the and promoting student development through mentoring schemes and whole-person development programmes.

The series already comprises 11 books on countries such as , , and , among others, and the new additions include

These four new titles introduce many interesting festivals and customs such as the Laotian New Year, its national flower and emblem; aspects of marriage customs in Myanmar; and funeral rites in Vietnam. One interesting custom in is that boys eloping with their lovers will not be punished and instead their actions are respected and they get married properly afterwards. The reason is that in the mainstream language of the Myanmar society, 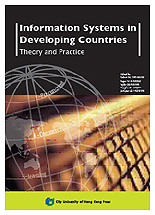 ‘elope’ means ‘steal’ and Myanmar people think ‘to steal a wife’ is glorious. Such interesting stories can be found in the series.

The availability and deployment of Information and Communication Technologies (ICTs) between developed and developing countries is examined in Information Systems in Developing Countries, edited by Dr Robert Davison, Associate Professor in the Department of Information Systems, and several other colleagues. The publication focuses on how information systems make a real difference to the lives of people in developing countries. The editors want to encourage young people and the general public to critically assess the impact of advanced information technology on societies.

Other recommended titles include:

"Every year we participate in this popular event,” said Mr Edmund Chan, Assistant Editorial Manager of CityU Press. “This year has been the most productive for us, in terms of the quantities and categories of books we have launched. We have academic ones and those of general interest as well.”

There will be a 20% discount on all CityU Press publications on display during the Fair. For details, please visit the booths (1J21 and 1J23) at the Hong Kong Convention and Exhibition Centre.

Established in 1996, CityU Press is the publishing arm of the University. Its mission is to contribute to the generation and application of knowledge, to raise the academic standing of the University and to promote understanding among institutions and cultures through publication of works of scholarship, pedagogy and other works of excellence.