About 100 of Ms Guan Xiaoyun's traditional Chinese paper cut artworks, including the first ever showing of her masterpiece titled "Revisit of the Qinhuai River in Nanjing" —a 15 x 3 metres long artwork which took six years to complete—are on display at the CityU Gallery from 16 January to 28 February. 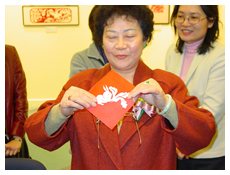 Paper cutting is a traditional Chinese folk art that has long been used to decorate homes during festivals. Unfortunately, in the case many of these art works, cutters are used, rather than scissors, resulting in jagged and arbitrary curves. The famous paper cut artist Ms Guan Xiaoyun, however, makes skillful use of scissors to produce her creations, which are renowned for their smooth curves and exquisite patterns. 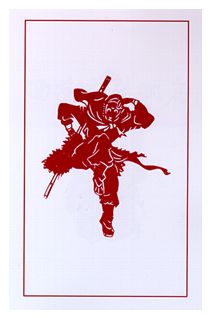 Ms Guan was an apprentice of Master Zhang Jigen, the late folk paper cut artist who lived in . Zhang never made sketches or drafts before taking the first cut: his skill was intuitive. Coached by the master, Ms Guan made rapid progress and quickly learned the craft and skills. "Without the Master's guidance and his 'critical' comments on my paper cutting skills, I would never achieved what I have today. I feel grateful and thankful to him from the bottom of my heart," said Ms Guan. 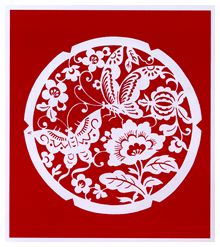 Not only did she learn Zhang's distinctive styles and techniques, but she also explored new ways of developing this folk art by breaking the traditional paradigm of using paper cuts to depict festivities.

Ms Guan's later works, showing the influence of her painter husband, are enriched by the artistic features of traditional Chinese paintings, as well as other forms of painting. She has expanded the subject matter and composition of her work, showing more modern characteristics. The inner lines of her work are usually broad and long, whereas those at the outer side are narrow and short. With such distinctive and creative styles, her paper cuts carry a strong sense of depth, perspective and vividness. 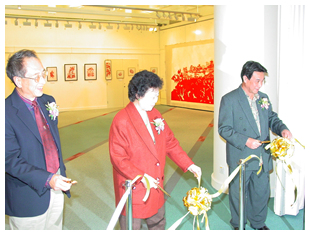 Paper cuts by Ms Guan have won wide acclaim at home and abroad. The Opening Ceremony of "The Art of Paper Cuts Exhibition", held on 15 January, was officiated by Professor Matthew Chen, Chairman of CityU's Cultural and Sports Committee, and Dean of Faculty of Humanities and Social Sciences, together with Ms Guan and her husband Mr He Hanhui. You are invited to view Ms Guan's art at the CityU Gallery now. The exhibition is open daily from 10am to 7pm until end of February.