A CityU-Peking University seminar on Chinese culture and humanities education stressed the importance of a solid background in the humanities as a means to develop the talent and creativity of all students. 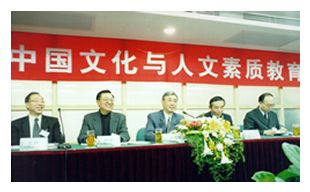 More than 40 academics and artists from Hong Kong and the mainland attended the seminar, held at Peking University in Beijing recently. Participants discussed the role of Chinese culture in humanities education, the need to compile cultural course materials, and the complementary value of art and cultural education.

"Reputable universities such as Harvard, Stanford and MIT all require their students to take courses in relation to art, literature, history and philosophy," said Professor Xu Zhihong, President of Peking University, at the seminar. "It is essential for world-class universities to provide students, from undergraduates to graduates, with quality education. And a humanities education can help students build a sound value system, nurture a healthy character and cultivate a creative mind." 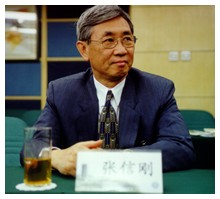 A keen advocate of humanities and cultural education himself, CityU President Professor H K Chang enlightened the seminar with a discussion on the use of modern technology for the promotion of Chinese culture. "I call this project 'C++'," Professor Chang explained. "I want to give it a new interpretation specially for today's event. 'C' represents Chinese culture and the first '+' represents the crossroads where China and the West meet at Beijing, or Hong Kong. Our culture is not static but always evolving and absorbing new ideas from other cultures. The second '+' indicates that learning about traditional culture not only helps us understand the past, but also helps us build the future - we could say we are at the crossroads where the past and the future meet in the present. Let's try our best to make a new civilization emerge from this digital revolution."

Peking University and CityU have maintained close ties since 1993. The two institutions have since signed many academic exchange agreements and established joint research projects.

In March 1997, President Chang invited leading scholars from Peking University to Hong Kong for discussions on CityU's proposed Chinese Civilisation Courses. A total of 37 Peking University scholars have since helped CityU compile Chinese Civilisation: A Source Book, published in 1999. The second edition of the book was named one of the Top Ten Recommended Books in Hong Kong.

In November 2001, CityU conferred an Honorary Doctor of Science upon Professor Xu.