They are Year 2 student Chiu Chi-kan of the Department of Accountancy; Year 2 student Wong Chin-shing of the Department of Economics and Finance; Year 2 student Kendra Chan Cheuk-lim of the School of Law: Year 2 student Chen Yiran of the School of Energy and Environment; and Year 1 student Hung Mei-ki of the Department of Linguistics and Translation.
Established in 1998, these scholarships are awarded to local and mainland China students pursuing a full-time undergraduate degree programme at local universities and institutions.
Awardees have to have recorded outstanding academic performances, be committed to serving the community, and be active in extracurricular activities. Students with special education needs are also eligible. The scholarships cover tuition fees, academic expenses and living costs.
Among the CityU students awarded scholarships, Mei-ki is a special needs student from a grassroots family living in public housing. She suffers from a rare genetic neuromuscular disorder called myofibrillar myopathy and requires regular medical check-ups.
Despite her health problem, Mei-ki is determined to overcome her limitations and believes that the pursuit of knowledge is the best way she can repay her parents. During her secondary school years, she was awarded academic awards such as the Szeto Wah Education Fund – Good Student Award 2014 and The Hong Kong Federation of Youth Groups Felix Wong Youth Improvement Award 2014.
Once admitted to CityU, she was awarded a scholarship for her strong academic performance. In 2016-17, she did well in her studies and subsequently was awarded The Jockey Club Scholarship, which is renewable throughout her bachelor’s degree programme.
“The Hong Kong Jockey Club Scholarships Presentation Ceremony cum Graduation Dinner 2017” was held on 23 May.
A total of 40 students were awarded scholarships. The Honourable Geoffrey Ma Tao-li, GBM, the Chief Justice of the Court of Final Appeal, was the Guest of Honour; Dr Simon Ip Sik-on, CBE, JP, Chairman of The Hong Kong Jockey Club, delivered the welcome speech.
Also invited to the ceremony were Professor Way Kuo, President of CityU, Professor Horace Ip Ho-shing, Vice-President (Student Affairs), and other local university presidents or representatives. 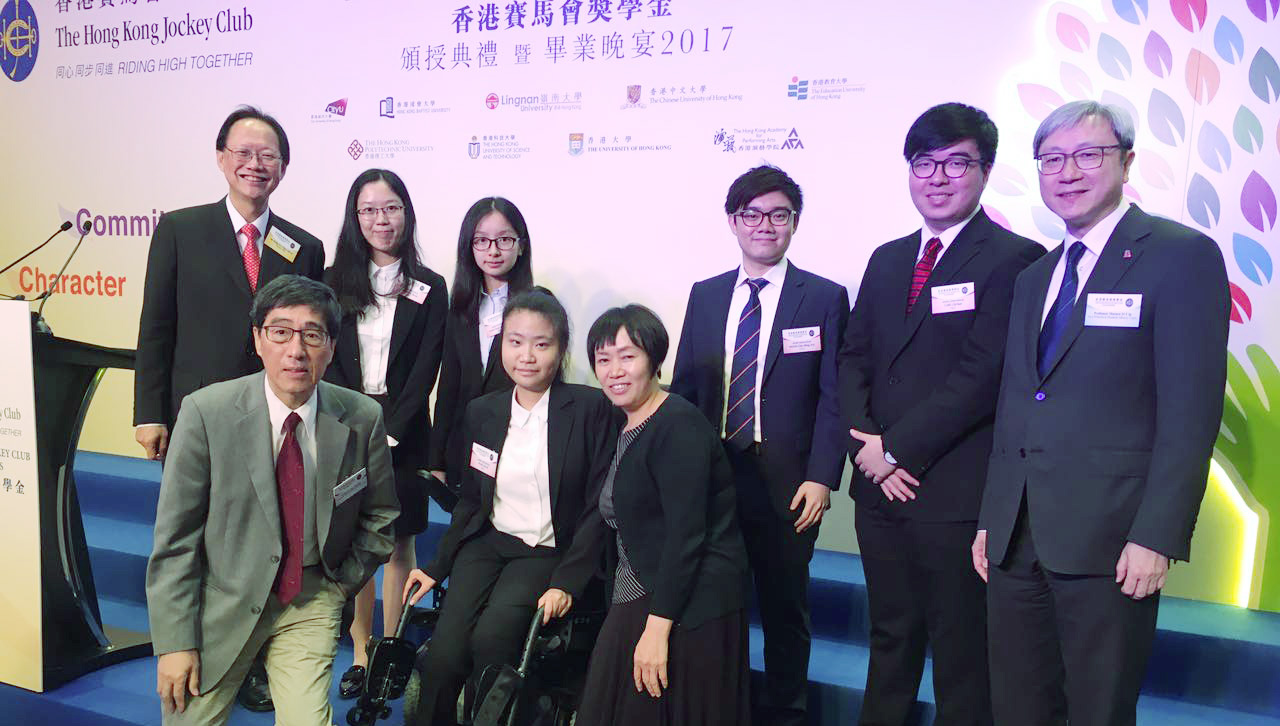