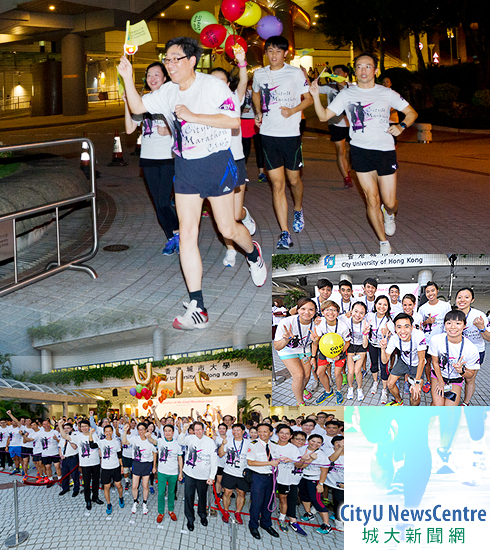 A 2-kilometre Fun Run around the City University of Hong Kong (CityU) campus marked the inauguration of the CityU Marathon Club on 25 September.

Aiming to promote the “Marathon spirit”, the Club was formed by running enthusiasts among CityU’s academic and administrative staff, alumni and students.

Professor Kuo drew parallels between life and Marathon running. He encouraged CityU members to strive for the best just as long-distance runners do.

After, Mr Ngai and Mr Fung hosted an interactive session at CityU about their experience taking part in long-distance running events. They shared how the “Marathon spirit” had influenced their lives.