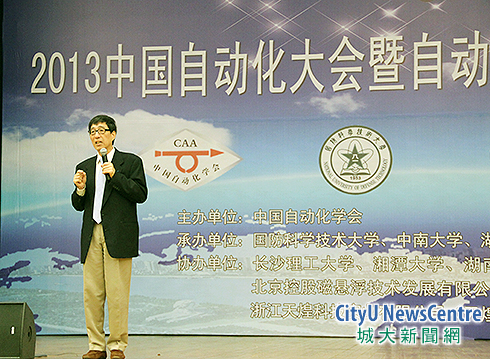 Professor Way Kuo, President of City University of Hong Kong, gave a talk at the “Chinese Automation Conference cum Conference on Synergy and Innovation in Automation” on 8 November in Changsha, Hunan. The title of his talk was “Nuclear Safety and Energy Policy”.
The development of energy policies had to align with a country’s overall development and take into consideration the relationship between environmental protection, economic well-being, and reliability and sustainability, Professor Kuo said in his talk at the conference.
Experts in automation from around 150 institutions participated in the biennial conference, the highest level academic conference in the field of automation. The event was organised by the Chinese Automation Association and supported by Central South University, Hunan University, the National University of Defense Technology and Hunan Association of Automation.