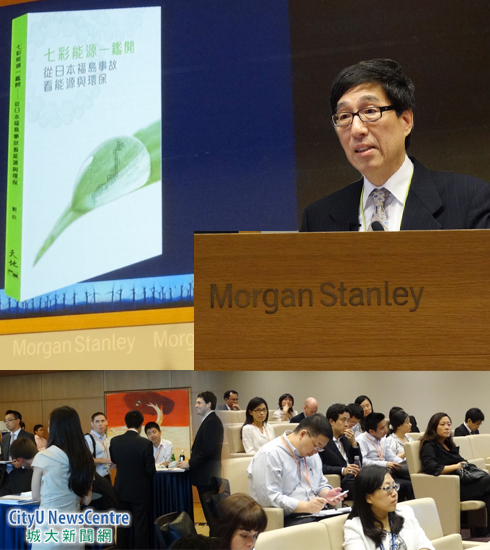 Professor Way Kuo, President of City University of Hong Kong, discussed the reliability and survivability of future energy on 22 May at Morgan Stanley’s annual investor summit in Hong Kong.

Professor Kuo was one of several experts from different fields addressing the summit, which was attended by more than 1,000 investors and representatives from over 130 listed companies. In his talk, he reviewed the nuclear accident last year in Fukushima, Japan, discussed the future of nuclear energy, and commented on topics such as the development and reliability of the world’s energy industries.
In addition, Professor Kuo will deliver a talk titled “Reliability and Survivability: Nuclear Energy and the Future Energy” at the 11th General Assembly of the Chinese Academy of Engineering (CAE) on 12 June in his capacity as a CAE Foreign Member.