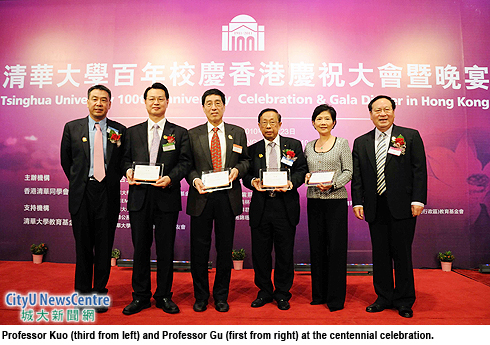 The celebration consisted of an exhibition of Tsinghua University’s major achievements over the past 100 years, and the Anniversary Celebration & Gala Dinner. More than 300 people participated, including Tsinghua alumni based in Hong Kong as well as leaders from the government, business and education sectors. They were welcomed by Professor Gu Binglin, President of Tsinghua University, and his delegation.

The Tsinghua campuses on both sides of the Straits are gearing up for the centennial celebration on 29 April 2011.