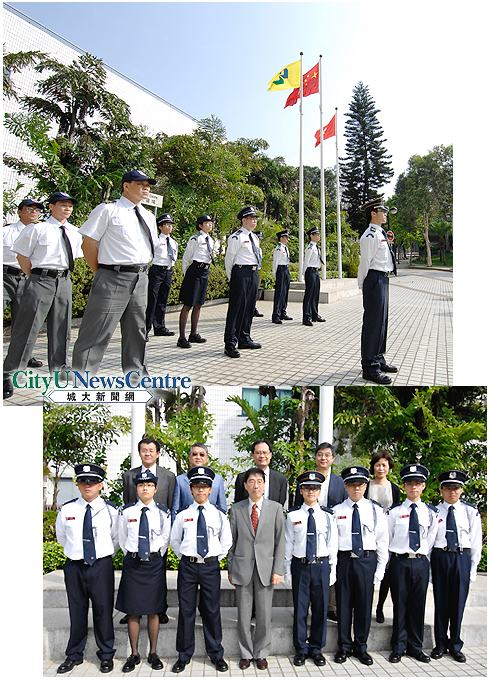 The China Proper Track Society of the Students’ Union of City University of Hong Kong (CityU) staged a National Flag Raising Ceremony on 30 April, to mark the 90th Anniversary of the May Fourth Movement.