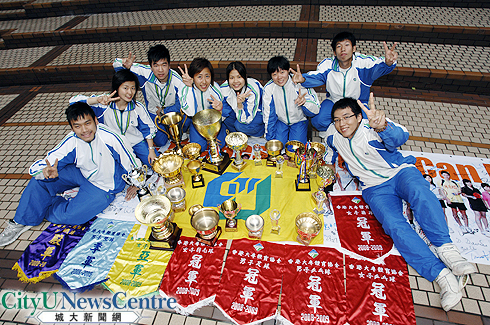 The City University of Hong Kong (CityU) sports team has once again outperformed other institutions and received the overall championship titles in both men and women divisions from the University Sports Federation of Hong Kong, China. The 2008-09 award ceremony was held on 19 April. This is the first time a tertiary institution has received both the overall men’s and women’s titles in two consecutive years. This is also the fourth time CityU has won both overall titles in the same year.