Celebrating the bicentenary of the French Civil Code 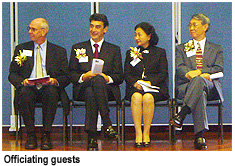 CityU’s School of Law (SLW), the Legal and Judicial Training Centre of Macao SAR, and the Consulate General of France in Hong Kong and Macao jointly organized “Present and Future of Civil Law in Greater China — Conference on the 200th Anniversary of the French Civil Code”, 9-10 November. Commencing at CityU, the Conference grants legal scholars and practitioners from , , Mainland , and opportunities to explore topic related to the impact of the French Civil Code in Greater China. 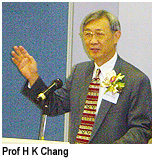 "Greater has benefited from all three major 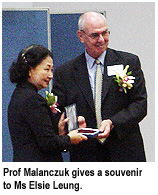 legal systems of the modern world: the civil law system, the common law system, and the socialist system. The civil law system originated, of course, from the great French Civil Code. That Code now stands tall after 200 years, having spread throughout continental and to other continents," Ms Leung explained. "It influenced the modernisation of the Japanese legal system in the 19th century, and the promulgation of comprehensive codes in between 1928 and 1935. Those codes continue to form the basis of the legal system in . In its Portuguese form, the civil law took hold in . After the reunification of Macau and the mainland in 1999, that system remains in force by virtue of the Basic Law of the Macau SAR. The common law system was introduced in when it was under British administration. It contributed to 's development by providing a secure legal environment for residents, businessmen and investors. That common law system continues here after reunification by virtue of the Basic Law of

Day two of the Conference will be held at the S.T.D.M. Auditorium of the from 9 a.m. to 6:30 p.m. on 10 November. Concluding remarks will be given by Professor Malanczuk and Mr Manuel Marcelino Escovar Trigo, Director of the Legal and Judicial Training Centre of the Macao SAR.