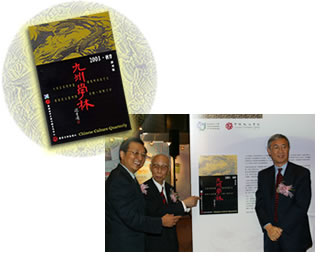 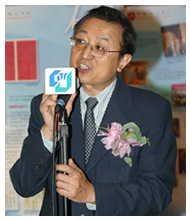 "The combined journal brings together the resources of the two publications, and the expertise and viewpoints of scholars from Hong Kong, China and all over the world," said Professor Cheng Pei-kai, the CCIV Director and Editor of the journal. "With the two versions published simultaneously, we hope that scholars in China and overseas will be able to benefit from the research results at the same time." He believes this can only enhance the global communication of and interest in Chinese cultural issues.

"Many people say that Hong Kong is a cultural desert," said Professor Cheng at the opening ceremony. "What I've seen, however, is that it is more an oasis. A cultural project such as this new quarterly would not likely happen elsewhere.” 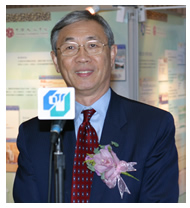 , the President of City University, also spoke at the launch of the publication. He noted that Hong Kong people are now, as never before, trying very hard to seek ways to build a closer economic partnership with the mainland and that the new quarterly can serve as a model of such cooperation. "We hope that, through this cooperative initiative, a healthy and constructive example will be set for Hong Kong's business sector." (Professor H K Chang referred to the journal once again when he addressed a question to Premier Wen Jianbao on 29 June; this Q & A session appeared in several local newspapers.)

In addition to the Chinese Cultural Quarterly, the evening also saw the CCIV unveil an exhibition in celebration of its fifth anniversary. Established in 1998, the CCIV is an independent teaching unit set up to develop and implement Chinese civilization courses for CityU's undergraduate students. The exhibition, from 28 June through 3 July 2003, will showcase the CCIV's history, programmes, research projects and publications.

Back to CityU Today Home