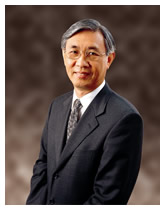 In a bold and audacious stroke that cuts a wide swathe across the whole University, the President today (25 October) announced a reshuffle of the Institution's senior management structure and line-up, effective 1 December. While the University's basic building blocks--departments and faculties and schools as the fundamental academic units--remain intact and strong, almost all other academic support and administrative offices have either been merged, reshaped or given new line managers.

The most outstanding feature of the reform and the main rationale behind it, according to the President, is "to enhance the academic value in managing the University". A new 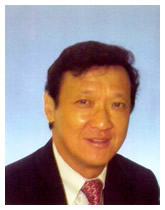 vice-president for academic affairs, described as a "deputy president equivalent" post in this morning's announcement broadcast on the campus network, has been added. Professor David Tong , Chair Professor of Physics in the Department of Physics and Materials Science, will take up a huge portfolio, which the President describes as being the "body and soul" of the University. The main thrust of Professor Tong's duties will be overseeing the whole "academic apparatus" of the University-meaning teaching and research activities in all faculties and schools and the College. He will help plan, develop, implement and monitor all academic matters. "This new post underlines how the structure reflects our commitment to teaching and research as the core activities of a university," said Professor Chang. Professor Tong will be assisted by the incumbent Vice-President (Education) Professor Edmond Ko, whose title sports a slight change to 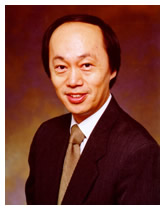 Vice President (Undergraduate Education). Professor Ko will continue to be the Dean of Students.

A Deans' Conference, comprising all deans and provost of the College, will be set up and will meet regularly to "function as a forum on academic policies" of the Senate before these are considered by its existing appropriate committees. "It will provide time for quality discussions and decisions from our senior academic staff," Professor Chang said. At present, the Senate has more than 100 members, which means fruitful discussion and exchange of ideas are sometimes "quite difficult". 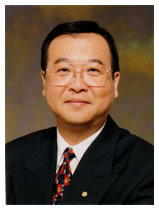 The same "academic-led" philosophy can also be found in the appointment of Professor Y S Wong, the incumbent Vice-President (Institutional Advancement) as the new Vice-President (Administration). He will oversee all the major administrative offices for "the planning and provision of financial, physical and manpower resources" in support of the University's academic work. "It's natural, as the University develops, that we try harder and better to align our administrative resources and strength in full support of our academic work," Professor Chang said. Imbuing academic values in our administration must become a tradition, in the foreseeable future, as the University continues to grow and mature. "The current arrangement (of appointing an academic to oversee the administrative offices) is not a universal principle," he explained, "but this is necessary until the academic-driven spirit is deeply ingrained in our management culture."

The former line-up of five vice-presidents has now been trimmed to three (and they are all academics), with the appropriate re-titling of two outgoing incumbents to fit their new duties. The weekly Office of the President Meeting, formerly known as the OPM, will no longer be held but the Management Board will expand its membership to harness a wider choice of expert opinions. This is in line with what the President said at the University Development Forum on 23 October. On that occasion he pinpointed streamlining the management structure as one of the four priorities in the next phase of University development, now summarized in the new strategic plan: Meeting the Challenge of Change . 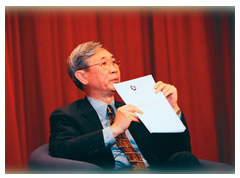 The sweeping changes the President has introduced have been brewing in his mind for many months, after listening to a spectrum of staff opinions over a long and thorough consultation process during the drafting of the new strategic plan. "These measures do not come out of thin air", the President said, "but they are driven by our need to respond to a series of rapid changes, both externally and internally." Our external environment-the budgetary crisis in and the threat of imminent cuts in government funding for local universities-has compelled us to act quickly and decisively. The Sutherland Report has amply laid out the challenges ahead for 's higher education institutions.

The current reform, the President said, can also be seen as CityU moving away from a British system of polytechnic and university management to a North American one. The old British system of modular courses may call for the need of a centralized Registrar's Office, but as we have adopted a flexible credit unit system, we should install a more responsive mechanism to address new needs, such as, to improve the quality of student intakes through co-ordinated efforts of recruitment and admissions-another priority mentioned by the President during the forum.

Lastly, the President conceded that there might be some concerns and anxieties among staff, particularly the administrators. However, he iterated that the University has to come up with an improved management structure to meet all the changes it is facing. "Change is a fact of life in this world," Professor Chang said. "In our short history, many of our colleagues have met and successfully managed all kinds of changes in their career here. I'm equally confident that the majority can harness the current wave of reform with their demonstrated verve and stamina."