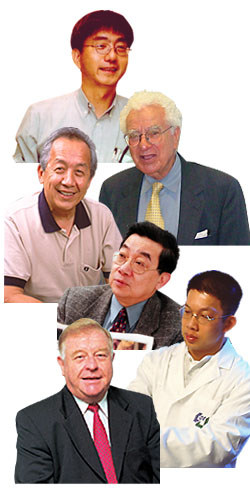 This year, 109 CityU applications were funded, an increase of 7 per cent over last year's figure of 102. Four large grants worth over HK$1 million each were awarded to the University: one going to the Department of Biology and Chemistry, and three going to researchers working in the field of languages. Overall, CityU maintained its relatively high ranking, placing fourth among local institutions in the number and level of awards, and boasting a success rate of 44.3 per cent-which places the University second across the University Grants Committee sector and above the overall average of 40.7 per cent.

CityU's Electronic Engineering Department scored first and second in terms of the number and level of grant awards, while the number and grant awards in the faculties of business and humanities and social sciences accounted for over 20 per cent of the University total.