The Vice-Chairman of the 10th Standing Committee of the National People’s Congress and renowned linguist, Professor Xu Jialu, will be on campus to host a distinguished lecture on Zen, 18 October. 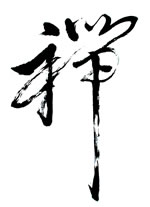 Professor Xu will kick off the 20th anniversary Distinguished Lecture Series with a talk on Zen, an exemplar of the compatibility of Chinese and foreign cultures (「禪宗—中外文化相融的範例」). Buddhism spread from to and then to via . The spread of the religion instills new energy to the culture of these countries and also brings regeneration to the religion itself. The teachings of Zen embody the wisdom of , foreign and Indian cultures as well as the true meaning of life. The lecture, a revisit of the spread of Buddhism, will bring inspiration and enlightenment from various aspects. 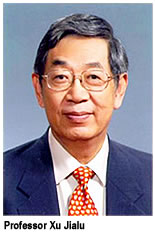 Prof Xu, who is also Director of the and Culture of Beijing Normal University (BNU), has a long-term affiliation with BNU. After graduating with a degree in Chinese literature at the Department of Chinese Literature of BNU in 1959, he has served as lecturer, associate professor, professor, Dean and Vice President of BNU.

Professor Xu has also been Vice President, Secretary-General and President of the Chinese Society for Exegetical Studies on Classical Chinese Literature; Vice Chairman of Appraisal Committee for National Natural Sciences Noun; Head of Appraisal Group for Linguistics under State Five-Year Plan for Philosophy and Social Science Projects; and member of the planning group for publication of ancient writings under the State Council. In 1994, Professor Xu was appointed Chairman of the State Language Work Committee.

Professor Xu is active in promoting Chinese culture and cultural exchanges. He is the Honorary Chairman of the China Culture Promotion Society (CCPS) established in 1992. CCPS is a national non-governmental organization which comprises outstanding artists, scholars, cultural activists and entrepreneurs in and abroad. CCPS aims to advance Chinese culture and promote international cultural exchanges. In September, CCPS organized a three-day Cultural Summit 2004 which attracted a galaxy of Chinese scholars to exchange views about the preservation and development of Chinese traditional culture in the context of globalization. Professor H K Chang, CityU President, also attended the and gave a talk on “From Movable Type to World Wide Web”.

In addition to hosting a distinguished lecture, Professor Xu will meet with the senior management of CityU, tour the Chinese Civilisation Centre and the School of Creative Media.

All staff and students are welcome to attend the lecture at 2:30 pm, 18 October, at the Wei Hing Theatre.