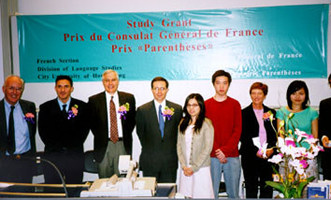 Three CityU students were honoured for their excellent work in French language studies at the First French Awards Presentation Ceremony, organized by the French Section of the Division of Language Studies on 11 May 2001. 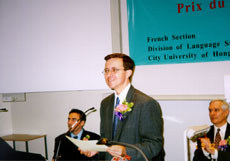 They received books and DVDs worth around $1000. The French IV student, Pepe Lo Siu Kei, was awarded a study grant, sponsored by the French Consulate, good for a tour of France. The grant covers tuition fees, accommodation and some pocket money. 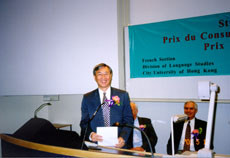 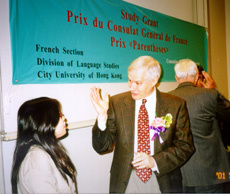 It was also announced at the ceremony that 50 CityU students will study at the Centre International d'Etudes Francaises of the Universite de Bourgogne in Dijon, France, for a month, taking 20 hours of classes per week.