Fully committed to achieving the best 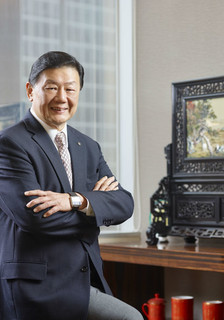 Dr Hu shared with CityU Today some of his experiences over the years.

“Serving at CityU has been one of the most unforgettable memories in my life,” said Dr Herman Hu Shao-ming, who recently completed his term as the University’s Council Chairman. Dr Hu shared with CityU Today some of his experiences over the years.

His CityU journey began more than 10 years ago. He was appointed a member of the CityU Council in 2003. Professor H K Chang, the then CityU President, invited Dr Hu to visit the University’s Student Residence Hall. Dr Hu was deeply impressed by the politeness and gentleness of the students. Since then, he has had a special affection for CityU students.

“Some CityU students may not be the most outstanding when entering university, but thanks to the training provided by CityU, they are as competent as their counterparts by the time they graduate,” he said.

Dr Hu completed his term as a CityU Council member in 2011 and was appointed Chairman in 2012. He was fully committed to advance CityU through measures such as donations for scholarships and sports development, targeting the development of the University and students.

He said he was proud to see the tremendous progress of CityU over the past 10 years, for instance the establishment of the College of Veterinary Medicine and Life Sciences definitely being the most significant. He appreciates and fully supports the College, initiated by Professor Way Kuo, CityU President, and was happy to see its approval in Council. In spite of the challenges they encountered, the University remained persistent in tackling the problems and finally won government support. Now with the first batch of students admitted, the College has been growing steadily.

Like most of his family, Dr Hu loves sports. To prepare young people for future challenges, he encourages them to participate in sports so that they can learn team spirit and how to overcome failure without jealousy or frustration.

Dr Hu said the passion for education is in his blood. His grandfather and uncles enthusiastically contributed to the education sector in the mainland, while his father, Dr Hu Fa-kuang, made significant contributions to his alma mater, Shanghai Jiao Tong University. Dr Hu himself has had a deep relationship with CityU.

He said his most important mentor was his father, who taught him that he should make an all-out effort to achieve the best in whatever he decided to do. Therefore, he will not readily make a promise, but once he determines to do something, he fully dedicates himself to it. This is how he served the CityU Council.

“My father once said that the worst excuse is ‘I don’t have the time’. You can definitely find the time to do something that you really want to. It’s just a matter of setting priorities,” Dr Hu said. He encouraged young people to develop this mindset to help deal with various challenges in today’s society: “We should set the goals that we most want to achieve and then make our best efforts to achieve them.”

After working strenuously for CityU for more than 10 years, Dr Hu has been delighted to see the tremendous achievements of the University, including its world ranking rising from below the top 100 to last year’s top 50. He said he looked forward to hearing about CityU’s continued success and status as a world-class university.

“I have full confidence in Professor Kuo, the University’s management team, the teaching staff and students,” he said. “With the concerted effort of all members, CityU can definitely scale new heights.” Although he has completed his term as Council Chairman, he will continue to support CityU as always.