Disorder or Driver? A New Theoretical Model to Study the Effects of Nomophobia on Job Productivity 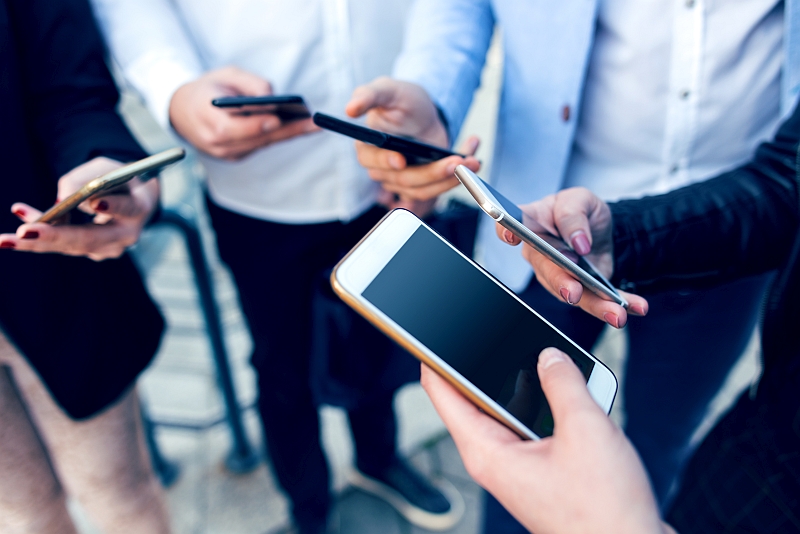 How much time per day do you spend on your smart phone? Nomophobia, meaning anxiety of being without a mobile phone, has been confirmed to a universal phenomenon in studies in various countries. But how nomophobia affected employee’s work-related outcomes was yet to know. A social scientist at City University of Hong Kong and her research team have developed a new theoretical model to explain the dual effect of nomophobia on employees’ job productivity.

Prior studies investigating nomophobia have tended to relate it exclusively to the problematic use of smartphones. However, whether nomophobia is an indicator of better engagement with work and higher productivity or an indicator of distraction from work and exhaustion, it remains unclear.

To bridge this knowledge gap, Dr Ayoung Suh, Assistant Professor of Creative Media and Information Systems and Wang Guan, senior research assistant at School of Creative Media, investigated how employees’ nomophobia influenced their job productivity. They have developed a theoretical model that explains the opposing effects of nomophobia on work-related outcomes, which is the first of its kind.

On the basis of the job demands-resources theory, the new theoretical model explores the complex interplay among employees’ nomophobia, work engagement, work interruption, emotional exhaustion, and self-perceived job productivity. The research team set eight hypothesis, and tested the model with data collected from 187 employees in an organisation in South Korea.

The results of the study support the idea that both the positive and negative effects of nomophobia on work-related outcomes coexist. Firstly, it shows that employees’ with high level of nomophobia have increased work engagement, meaning that they feel more engaged with tasks. And with increased work engagement, they feel themselves more efficient in accomplishing tasks and higher job productivity.

Secondly, the results indicates that employees’ with high level nomophobia are more likely to experience negative emotions such as tension, worry, anxiety and depression, and tend to feel less productive.

“The findings illustrate a paradoxical phenomenon: constant connectivity via mobile devices encourages workers to work harder, but their productivity may ultimately decrease due to their decreased emotional well-being,” says Dr Suh. “The negativity stems from the fact that they can’t switch off their work-related thoughts, even if they are at home. People are unaware of this.”

The study has established a theoretical model that explains two pathways leading from nomophobia to an increase (or a decrease) in job productivity. She believes the findings has advanced the current knowledge about nomophobia, and its relationship with work-related outcomes in organisations which is more complex than previously understanding. She hopes the findings can help increase managers’ and workers’ awareness of the effects of nomophobia in workplace. And she suggests some practical ways, such as designing tools to allow employees’ to decide and limit phone use to work-related functions during working hours, can be adopted to find balance between managerial control and employee autonomy on smartphone use, and to promote positive smartphone use in workplace.

The findings were published in the Proceedings of ACM CHI Conference on Human Factors in Computing Systems (CHI 2018), Montreal, Canada, with title “Disorder or Driver?: The Effects of Nomophobia on Work-Related Outcomes in Organizations”.