"No comment" preferred to "I'm sorry" in Hong Kong 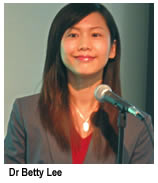 Evidently, the consumer is one tough customer. As part of an ongoing Research Seminar Series, Assistant Professor Dr Betty Lee of CityU's Department of English and Communication, shared her findings on: "Hong Kong Consumers' Evaluation Process of Organizational Crisis", 11 October. Analysis of the responses of focus groups to a number of organizational crisis scenarios shows that, in order to succeed in , crisis management and communication should not necessarily conform to Western theory and practices. 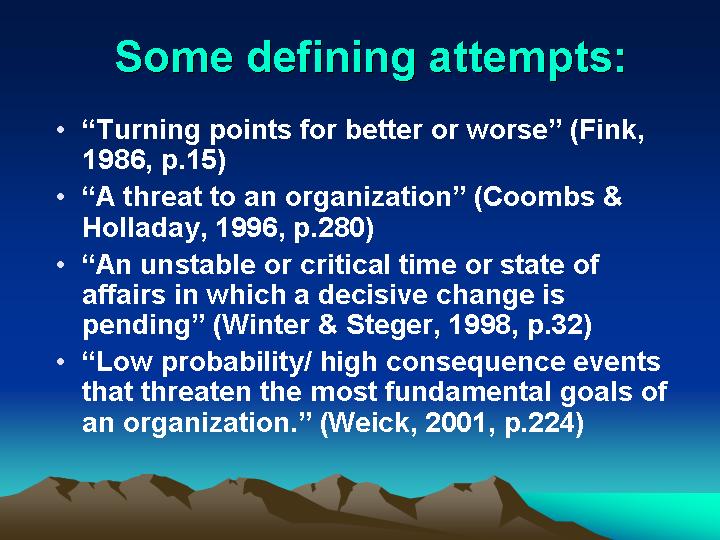 For example, a North American assumption might be that the general public is likely to interpret an apology by a high-ranking organization representative as an acceptance of responsibility, and a "No comment" as shirking, if not denying it altogether. Some PR experts even recommend making an apology to the press (although legal advisors may disagree with this advice) as an expression of contrition, or to avoid the appearance of arrogance. 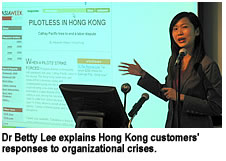 or a facile attempt to make a problem, (or a person), go away—talk is cheap. Compensation, on the other hand, can provide tangible evidence of regret and humility.

Dr Lee presented substantial quantitative and qualitative data regarding consumers' evaluation process with regard to organizational crisis, which she continues to research. Her research contributes to the steadily growing body of knowledge on communications and PR across cultures, which began to attract broader public and global interest in the wake of business scandals such as the 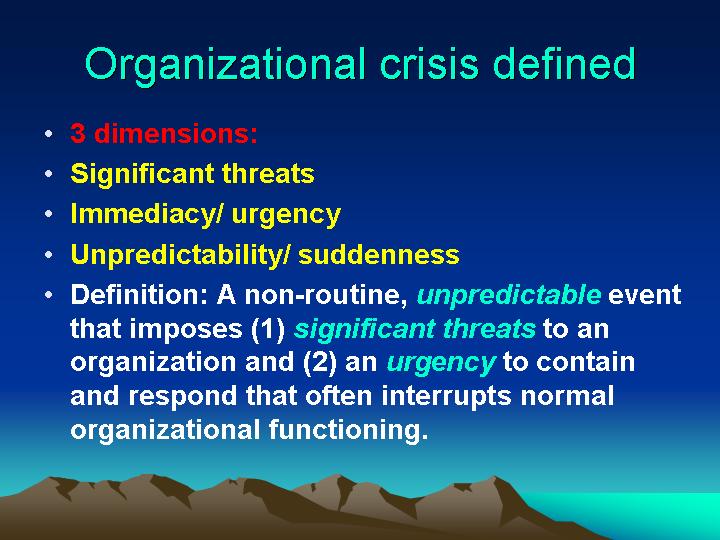 collapse of Enron in December 2001.

Dr Lee received her Bachelor's and Master's degrees in Psychology from the University of Western Ontario, Canada, and her PhD in Communications from . She participated in the Empirical Studies of Environmental Attitudes and Behavior section of the National Communication Association 2003 Convention, presenting a paper titled Predictors to Environmental Behavior in a Chinese-based Society: A Study of Adolescents in . Her research work has appeared in top international communication journals such as Communication Research, Journal of Public Relations Research, and Communication Yearbook. Her work won a "Top Paper" Award at the Association for Education in Journalism and Mass Communication International Conference.

The Research Series continues through 6 December in the New Media Laboratory (Y7544), Lift 4, 7/F, Yellow Zone, . Upcoming topics include: "Globalization, State Capitalism and Media Conglomeration in ", "Management by Metaphor in the Strategic Change Process", and "SARS and the Shifting Signs of Urbanism". For information, call 2788-8870.