Christmas Concert 2016: ‘My Heart Shall Rejoice’ 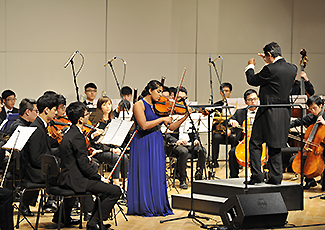 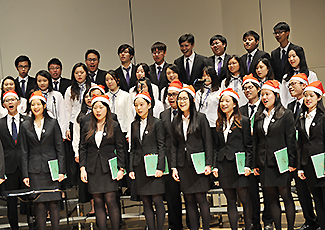 An enthusiastic chorus ended the concert.
The programme opened with Greensleeves performed by the CityU Philharmonic Orchestra, and there was a selection of Christmas-themed songs from around the world, including African Noël, Salsa Noël and the ever-popular White Christmas, among others.
As our in-house tenor, Dr Wong Chi-tim, Director of SDS, performed two songs in the concert namely The Lord’s Prayer and La Danza (The Dance).
An enthusiastic chorus of A Merry Christmas by the CityU Choir ended the concert with all participants looking forward to 2017.