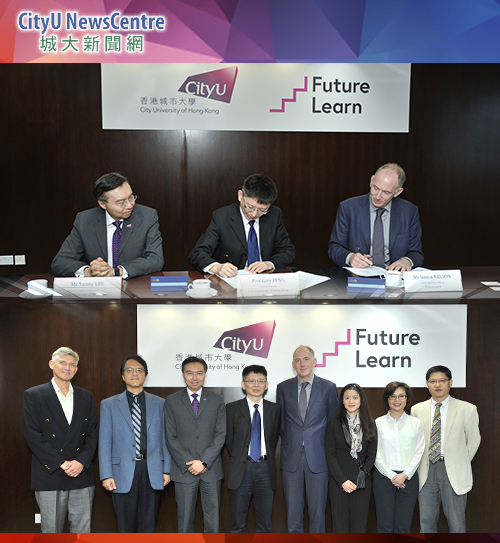 A contract between City University of Hong Kong (CityU) and FutureLearn on 26 November launches a collaboration on Massive Open Online Courses (MOOCs) in 2016.

MOOC is a relatively recent development in online education that enables unlimited participation and open access to cutting-edge content delivered by international experts via the Internet.

FutureLearn, owned by the Open University in the UK, offers a diverse selection of MOOCs from leading universities and cultural institutions from around the world. Under the partnership with FutureLearn, CityU will bring its Discovery-enriched Curriculum (DEC) to a global level.

CityU will debut three MOOCs in September 2016 in biomedical sciences, creative media, and innovation/entrepreneurship. All three courses are funded by the Professional Development Awards (PDAs), which were established for the development of MOOCs.