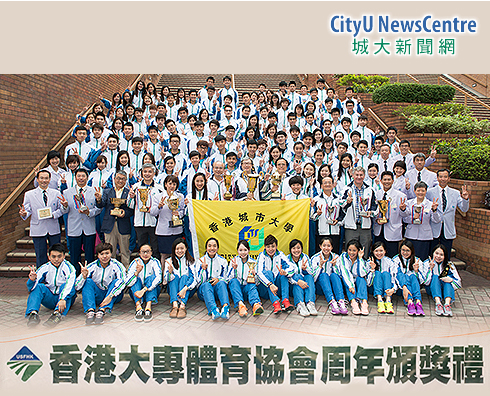 For the second year running, Grace Lau Mo-sheung, a Year 3 student in the School of Creative Media who is ranked 20th in the world in female individual Karate Kata, was named USFHK Sportswoman of the Year.

Grace was particularly excited at winning Sportswoman of the Year again, and she thanked CityU for enabling student athletes to balance excellence in sports and studies.

“All the candidates who qualified for this year’s top awards are superb athletes, with some of them even winning top prizes in the Asian Games. And so I feel really excited to receive this honour again,” she said.

Grace plans to become a full-time athlete after she graduates this year, and hopes to scale new heights in the Karate Kata event in the upcoming Asian Games.