City University of Hong Kong (CityU) will confer honorary doctoral degrees on Professor Bai Chunli, Mr Hu Fa-kuang and Dr Allan Zeman in recognition of their significant contributions to education and the well-being of society. The award ceremony will be held in November 2012 during the University’s Congregation. 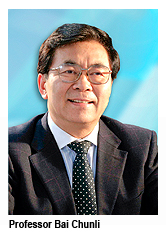 Mr Hu Fa-kuang, Honorary Chairman of Ryoden Development Limited, will receive an Honorary Doctor of Social Science. He graduated from Shanghai Jiao Tong University with a Bachelor of Science degree and he is a chartered engineer. He founded Ryoden Engineering Limited, a former company of Ryoden (Holdings) Limited, in 1966. Mr Hu is very active in public service. He has taken up significant roles in many government and public organisations, as a member of the Chinese People’s Political Consultative Conference, a Hong Kong Affairs Advisor, a Legislative Councilor, the first Chairman of the Land Development Corporation, Chairman of the Consultative Committee of the New Airport, Chairman of the Hong Kong Employers’ Federation, and President of the HK–Shanghai Economic Development Association Limited. Mr Hu is a renowned sports advocate, too. He is currently Vice-President of the Sports Federation & Olympic Committee of Hong Kong, China, and Life Honorary President of several sports associations in Hong Kong, such as the Cycling Association, the South China Athletic Association, and the Table Tennis Association. In appreciation of Mr Hu’s significant contributions to sports development and his support for the University, CityU named its sports centre as the Hu Fa Kuang Sports Centre in 2010. Mr Hu was appointed a Justice of the Peace in 1977 and awarded the Order of the British Empire and Commander of the British Empire in 1985 and 1989 respectively. In 1999, he was awarded the Order of the Sacred Treasure (Gold Rays with Rosette) by the Japanese Government, and the Magnolia Gold Award by the Shanghai Municipal People’s Government. He was awarded the Gold Bauhinia Star by the Government of the Hong Kong Special Administrative Region (HKSAR) in 2002 in appreciation of his contributions to public affairs in Hong Kong.

Dr Allan Zeman, Chairman of the Ocean Park Corporation and Chairman of Lan Kwai Fong Holdings Limited, will receive an Honorary Doctor of Business Administration. Through innovative ideas and hard work, Dr Zeman has transformed Lan Kwai Fong in the Central District of Hong Kong into a world-renowned tourist attraction, earning him the nickname “Father of Lan Kwai Fong”. Having lived in Hong Kong for over 40 years, Dr Zeman is very involved in government services and community activities. He has spearheaded new initiatives at Ocean Park, where he has been Chairman since 2003, transforming it into a world-class venue. The HKSAR government awarded Dr Zeman the Grand Bauhinia Medal in 2011 in recognition of his distinguished public and community service, particularly his significant contributions to the tourism industry and cultural development. He has also served as a member of the General Committee of the Hong Kong General Chamber of Commerce, member of the Board of the West Kowloon Cultural District Authority, and Chairman of its Performing Arts Committee. Dr Zeman is an Independent Non-Executive Director of Pacific Century Premium Developments Limited, Sino Land Company Limited, and Tsim Sha Tsui Properties Limited. Dr Zeman sits on the Board of Wynn Resorts, and is Vice-Chairman of Wynn Macau Limited. He also runs luxury residential and resort property developments in Phuket, Thailand.