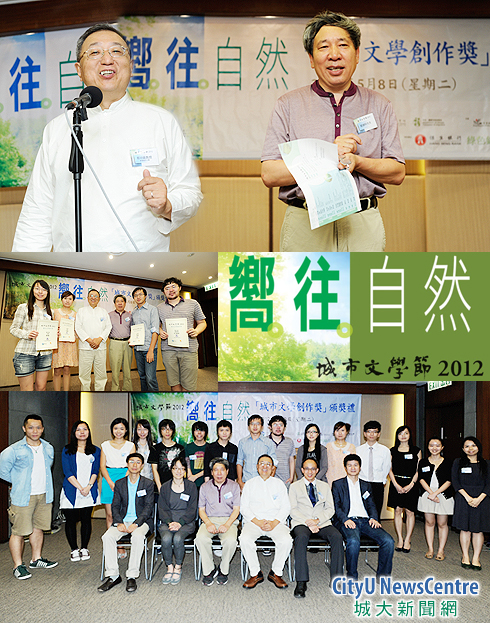 Five students from City University of Hong Kong (CityU) took home prizes at the 7th City Literary Award at a presentation ceremony on 8 May. This year’s competition received an overwhelming response with 675 entries, of which 614 were from Hong Kong and the rest from Macau.

“Literary imagination is important to society,” said Professor Cheng Pei-kai, a member of CityU’s Culture and Sports Committee and Director of the Chinese Civilisation Centre at CityU, at the ceremony. “The governments of mainland China, Hong Kong and Macau put great value on creativity. Real creativity comes from imagination without boundaries, and creating something original. The City Literary Award encourages young writers to pursue their literary dreams and helps society by developing the imagination,” he added.