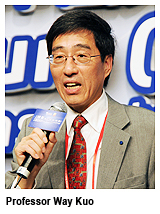 By citing a few minor examples, Professor Kuo illustrated the difference between eastern and western culture and emphasised the importance of cultural exchange to the internationalisation of higher education. He pointed out that with Christmas approaching, many people in this part of the world would send Christmas cards to their business acquaintances to wish them Merry Christmas without considering that they might hold different religious beliefs. In the West, people nowadays often send generic seasonal greeting cards to avoid such denominational issues. 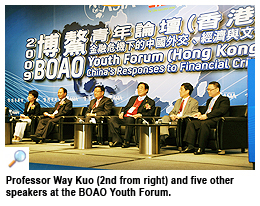 Professor Kuo said people in the East value human beings above animals. “No wonder there isn’t a single internationally-accredited school of veterinary medicine in Asia,” he commented. Some people keep cats or dogs as pets. But they sometimes abandon them in the streets when they no longer like them. Such attitudes are rarely displayed in the West.

“When we advocate internationalisation of higher education, people immediately associate it with an exchange of students, teachers or knowledge. Few people think of exchange as relating to the way people manage themselves and their interests,” said Professor Kuo. “We should make an effort to emulate their strengths and learn about how people in the West behave and work.” He said Chinese cultural traditions are long-standing but stressed that concerted efforts to produce and follow suitable role models should be made. 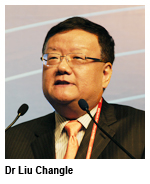 Also addressing the Youth Forum about culture were five other speakers, including Dr Liu Changle, Chairman of the International Advisory Board of CityU’s College of Business and the Board Chairman & CEO of Phoenix Satellite Television Holdings, and Ms Deng Yaping, an Olympic gold medallist. 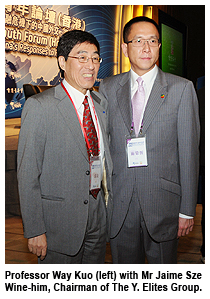 itself could promote economic growth. “Take China’s movie industry for example. It has witnessed a ‘blowout-like’ increase in the past two years,” said Dr Liu.

The 2009 BOAO Youth Forum (Hong Kong) was held jointly by the BOAO Forum for Asia and The Y. Elites Group, with assistance from the Bank of Communications. The theme of the forum this year was “China’s Responses to Financial Crisis”. About 800 young people from the mainland, Hong Kong, Macau and Taiwan attended the forum.