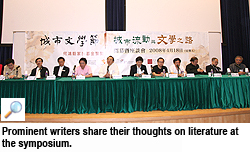 The third City Literary Festival hosted by City University of Hong Kong (CityU) is being held from 18 April to 22 April. Prominent writers were invited to attend symposiums and exchange forums in Hong Kong and Macau to promote literary writing in the two cities and encourage young writers. 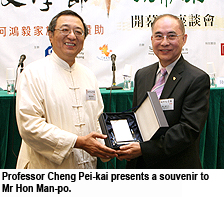 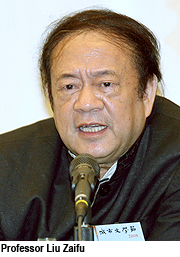 Professor Cheng expressed thanks for the support provided by all prominent writers and different sectors of the community, and especially to the generous support of the Hong Kong Arts Development Council, Macao Foundation and Robert H. N. Ho Family Foundation. "I hope all participants can discuss and exchange their thoughts about writing to enhance the literary knowledge of young writers as well as general readers," said Professor Cheng.

Mr Hon Man-po expressed his appreciation of the enthusiasm shown by CityU in supporting local literature over the years. "On behalf of the Hong Kong Arts Development Council, I wish to take this opportunity to thank Professor Cheng and the staff of the Chinese Civilisation Centre for their hard work in promoting writing in Hong Kong. Also, I hope we can continue to collaborate and hold the Festival year after year," said Mr Hon. 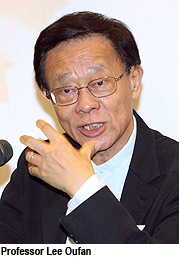 A symposium under the theme "City Movement and the Road to Literature" took place after the opening ceremony. Professor Liu Zaifu said he was honoured to have the opportunity to discuss literature with many renowned contemporary writers. He said the most interesting part of literature was that through acute observation, writers could arouse reader attention by presenting an issue from a new angle. Professor Lee Oufan pointed out that Hong Kong's young people were full of vigour and energy and he encouraged young local writers to have more spiritual interaction and exchanges of ideas. 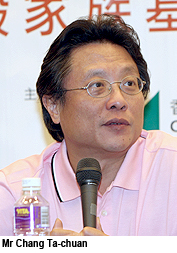 Mr Chang Ta-chuan said the symposium's theme suggesting mobility was a useful reminder of the importance of sharing ideas with different people from different backgrounds and places. After the symposium's morning session, the scholars and writers continued to attend exchange sessions in small groups to discuss in detail their techniques and inspiration in writing literature and poetry.

To further develop young people's interest in writing in Hong Kong and Macau, the committee and culture and arts commentary magazine C for Culture co-organised the Exchange Forum with Young Writers on 19 April. Young local writers Mr Yuen Siu-cheong and Ms Tang Siu-wa were invited to share their writing experience with other youths. The last event of the visit and exchange session for the festival will be held on 21 April and 22 April in Macau.

The City Literary Festival is organised by the Cultural and Sports Committee, Chinese Civilisation Centre and the Department of Chinese, Translation and Linguistics of CityU, with the Hong Kong Arts Development Council and Macao Foundation as co-organisers and the Robert H. N. Ho Family Foundation as sponsor. The Robert H. N. Ho Family Foundation has sponsored the festival for two consecutive years to spark the interest of young people in reading literature. Many well-known scholars and writers came to Hong Kong to attend the festival and act as the adjudicators in the City Literary Awards. The results of this important festival event will be announced in May.