of has received three group project grants amounting to HK$11.04m, the largest amount among the UGC-funded institutions for the 2004-05 round of the Research Grants Council 's Central Allocation Fund (CAF). The amount of funding for the three projects accounts for 42.5% of the total Fund of HK$26m, a clear acknowledgment of ’s strengths in applied research and its leadership in collaborative projects. 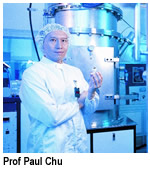 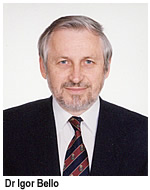 Among the three CityU-led projects, Development of Novel Materials for Orthopedics, submitted for the first time to the Central Allocation Fund, scored the largest grant of HK$4.14m. The project aims to develop a new generation of orthopedic implants based on novel memory alloy structures, using plasma-based technology. The collaborating institutions are The Hong Kong University of Science and Technology (HKUST) and Hong Kong University (HKU). 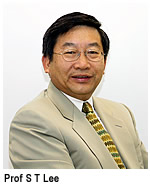 The other two projects each gained a fund of HK$3.45m, in recognition of CityU’s strengths in ion nanostructuring and silicon nanowires. Ion Nanostructuring of Functional Materials builds upon the track record of the research team led by Dr Igor Bello, who gained an equipment grant of HK$2.7m in the previous round of Central Allocation Fund. This year’s Fund gives an additional boost to their work. Science and Technology of Silicon Nanowires is the fourth Central Allocation group research grant received by Prof S T Lee, two of which, including this year’s award, renew funding of previous grants, on the basis of remarkable results in their ongoing research. The collaborating institutions for these two projects include the of , HKUST, and HKU.

The Research Grants Council’s Central Allocation Fund is awarded following rigorous peer review, in response to competitive bids from UGC institutions for major research facilities / equipment / library acquisitions and for group research projects. Both categories are for collaborative research involving two or more UGC-funded institutions. The RGC established the Fund with a view to enhancing the research output of institutions in terms of level of achievement, quantity, dimensions, and/or speed.

With its mission of fostering research for the advancement of society, strongly supports the RGC in  pursuing active collaboration in its areas of strength with other higher education institutions.

Engineering and mathematics projects do well in CERG exercise