Fresh from the CityU Press 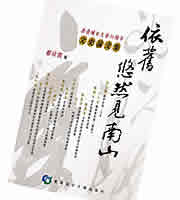 Views from Mount South — A collection of essays in celebration of the 20th Anniversary of the City University of Hong Kong , was published by the CityU Press on 6 January.

"The essays contributed by CityU authors are the most representative works of their respective areas of study. This publication demonstrates that although CityU started as a polytechnic 20 years ago, it has built up over the years a strong humanistic foundation. Drawing from a well-known metaphor in Chinese poetry, the title of the anthology suggests that the University and its faculty are devoted to the pursuit of truth," says the editor of the book, Professor P K Cheng , Director of the Chinese Civilisation Centre.

The book will be available for sale in the University bookshop starting next week.