A team of researchers, led by CityU's Rudolf Wu, Chair Professor in the Department of Biology and Chemistry (BCH), has been awarded HK$45 million under the University Grants Committee's (UGC) third round Areas of Excellence (AoE) scheme. 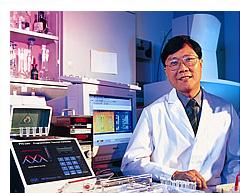 The funds will be used to establish "the Centre for Marine Environmental Research & Innovative Technology" (MERIT), according to an announcement made by UGC this afternoon. The Centre will address marine pollution issues, a pressing worldwide problem and one that poses a major threat to Hong Kong and South China. "One-third of the GDP of Hong Kong and China comes from the utilization of coastal resources," said Professor Wu, Principal Investigator of the MERIT project. "However, over-population and large-scale development continue to pollute Hong Kong's marine environment, causing huge economic losses and increasing concern over public health." 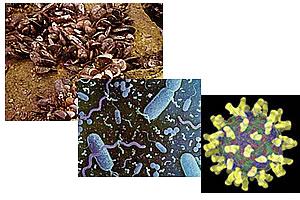 MERIT will focus on creating innovative technologies for the early detection, assessment, prediction and control of damage to the marine environment. "The project is a very good mixture of basic research and applied research. It will establish Hong Kong as a leading center of marine environmental research, enabling us to capitalize on the rapidly growing commercial opportunities presented by the enormous world environment market," Professor Wu noted. MERIT, described by UGC as demonstrating a strong prospect for attaining international excellence, was only one of two projects selected from an initial 41 funding applications. CityU submitted four proposals; two of them were short-listed, along with eight proposals from other institutions, for the final round of consideration.

Commenting on the AoE result, Professor David Tong, Acting President, said, "This clearly demonstrates that CityU is as good in research capability as any other major tertiary institution in Hong Kong. It also shows that, with proper support and encouragement, collaboration among institutions will bear fruit. It will put Hong Kong on the world map of research innovation and excellence, matching the highest international standards in our scientific work." The MERIT project will be implemented by a multidisciplinary team of 24 outstanding researchers from six local universities working closely with eight world-class overseas scientists. The collaborating institutions include the University of Hong Kong, Chinese University of Hong Kong, Hong Kong University of Science and Technology, the Hong Kong Polytechnic University, the Hong Kong Baptist University. "We are truly a multidisciplinary team. We complement each other well," Professor Wu said. Through cooperation among the biologists, chemists, physicists, engineers and statisticians on the team, he believes a high level of synergy and ground-breaking results can be achieved.

CityU was not the only institution to come up with a proposal addressing marine environment issues. "I am very happy that our proposal won the funding and that CityU will play a leading role in the project," Professor Wu added. "That means CityU's efforts and achievements in this area are recognized by other institutions." The initial proposal for MERIT was first conceived and submitted to UGC by Wu in the spring of 2002, and a formal proposal was put together a year later. Wu emphasized, however, that the success of this AoE project was built on many years of hard work. Soon after joining CityU in 1993 to be the founding head of BCH, he and his colleagues decided to develop expertise in marine environment research. "We saw how Hong Kong's marine ecosystem was being abused. We also saw an opportunity to develop the expertise to tackle the problems and, at the same time, develop our own world-class research niche." Among other initiatives, the Centre for Coastal Pollution and Conservation (RCP), headed by Wu, was established in 1998 to conduct and foster high-quality, multidisciplinary research on marine pollution and conservation. Specializing in marine pollution, marine ecology and eco-toxicology, Wu has managed a variety of large marine consultancy projects over the last three years, with funding of more than HK$30 million in total.

Over the years, the BCH and RCP researchers have worked on a great variety of marine research and consultancy projects, collaborating with researchers from other tertiary institutions in Hong Kong. While Professor Wu will use a team similar to the one he has long partnered with, and while they will follow a similar direction, the scale of this latest project is much larger. "I'll lead a group of Hong Kong's finest scientific and research talent towards a common vision--to bring Hong Kong to the world stage in marine environmental research." Wu is also looking forward to working with the 75 research students financially supported to assist with the project. "We will have the opportunity to nurture a new generation of environmental researchers working in the forefront of technology to meet future demand."