A passion for mathematics not only translates into breakthroughs in the language of science but, in some cases, turns deep admiration into philanthropy as well. 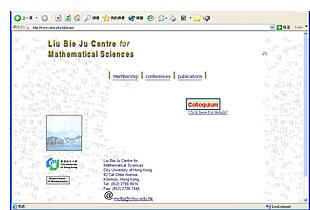 An example of the latter happened to CityU's Liu Bie Ju Centre for Mathematical Sciences, headed by Professor Roderick Wong. The Center is a world leader in applied analysis. Without much public awareness or fanfare, the Centre became the recent beneficiary of two generous donations, to the tune of HK$10 million altogether, from two "avid maths lovers." 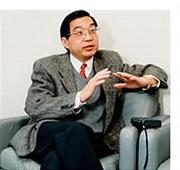 Both donors would like to remain anonymous and they attached no strings to the use of the donations, according to Professor Roderick Wong, who is also a mathematician by training. One donor, an American whose interest is mathematical applications in horse-racing, gave HK$2 million. The other, a Chinese and a personal friend of Professor Wong, is not a mathematician by training, but simply a genuine math fan. On hearing about the need of the Centre and the University, he/she just wrote out a US$1 million cheque (HK$7.8 million) to the Centre.

"Both donors are impressed by the achievements of the Centre," said Professor Wong, "They are convinced that CityU's current strengths in mathematical science will rise several notches."

Along with a matching grant from the Hong Kong Government, the Centre intends to use the money to help recruit more world-famous scholars to CityU, and to enroll more outstanding postgraduate students in mathematics. Both initiatives will be in addition to what the normal University budget provides. "I believe, with such generous support, we now have the opportunity to do the extraordinary, to go the extra mile, so to speak," said Professor Wong. As Centre Director, he has always worked to further enhance its academic profile, which already boasts, among many others, an academician from France and several promising young Chinese scholars.

"Mathematics is an area where a University can build its reputation. Unlike other science and engineering fields where a lot of equipment is involved, the study of mathematics requires little more than, for example, a chair, a desk and a computer."

The HK$10 million donation contributed to the overall HK$28 million CityU received by the end of December 2003.