Two students have showed that CityU has what it takes to succeed in the international arena, performing brilliantly in advanced coursework on an exchange programme at the University of Houston in the US. 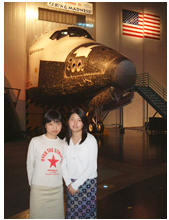 Sally Hung Tung-ling and Stephanie Lai Fung-yi, third-year Social Work students in the Department of Applied Social Studies, flew to Houston University last year under an exchange programme set up between the two universities. Because Houston University does not offer an undergraduate programme in Social Work, Sally and Stephanie were admitted directly to the master's degree programme. Although they skipped the final year of undergraduate study, they did very well in their master's programme, with Sally achieving a top grade point average (GPA) of 4.0 and Stephanie an outstanding GPA of 3.89. 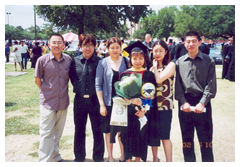 CityU recognized Sally and Stephanie's outstanding academic results and conferred upon them bachelor's degrees with first class honours. The two students have since elected to continue their studies in Houston and will receive a Master's degree this year.

Within a short span of four years, Sally and Stephanie will graduate with two degrees from CityU and Houston University. Both feel grateful for the insightful teaching methods of CityU teachers. "At CityU, our teachers often encouraged us to talk to them not only during classes but also outside classrooms. They were willing to listen and explain things to us, and also encouraged us to practice what we learned," said Sally. 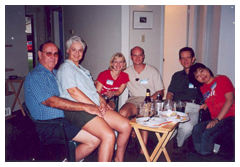 Stephanie said that studying in the US was a memorable experience. "People there helped us adapt quickly to the new environment and make our studies a lot easier." Sally and Stephanie hope more CityU students will have chances to take part and benefit from student exchange programmes. "Exchange experience is valuable for enhancing student's development academically, socially as well as personally," said Sally.