Music across the ages: A night of Beethoven 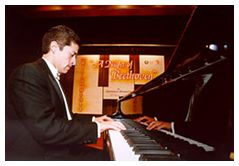 Around 350 music lovers—including children and grownups—packed the Wei Hing Theatre on 26 March for a piano concert in commemoration of composer Ludwig van Beethoven, who died that same day 175 years ago.

"This is the first time I played in Hong Kong. It's really an honour to come here tonight and pay tribute to Beethoven on this special day in memory of his tremendous contribution to the world," said Mr Romero. 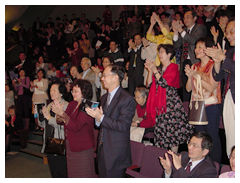 The concert, organized by the Cultural and Sports Committee, was one of the highlights of the University's Cultural Festival 2002, Hands Across the Water. Mr Romero has performed all over the world and has won many major international prizes, including the First Prize in the 1989 Clara Haskil International Piano Competition in Switzerland. He is currently an assistant professor at the University of Illinois, Urbana-Champaign.