CityU links up with Paris 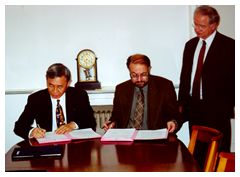 The agreement, signed in November, was concluded during a European trip featuring a six-member CityU delegation led by President H K Chang.

"I am very happy that City University of Hong Kong has officially concluded an institutional agreement with Universite Paris 1, which is the largest university in France with eight hundred years of history," said Professor Chang. "Within this framework, both parties will co-operate in fields of common interest, including law, humanities, economics and management. "

As far as law-related exchange is concerned, both parties have agreed to begin in the academic year 2002-03. Exchange will probably commence at the faculty level, followed by other exchange activities such as student exchange. 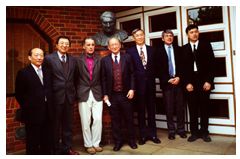 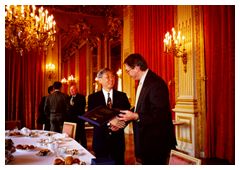 Other potential exchange agreements arising from the trip include the CCIV exploring the possibility of collaborating with Paris's Ecole Des Hautes Etudes en Sciences Sociales in a joint project to facilitate Web-based Putonghua learning.