CityU has extended its research platform to the Pearl River Delta. Following the establishment of our biotechnology and health-related studies base in the Shenzhen Virtual University Park (SVUP), another IT-focused research base will be set up in Zhuhai's Southern Software Park. Both centres will be operational by the end of the year.

The University will continue to explore new footholds in the area across the border as opportunities arise, said Mr H Y Wong, Director of the Industrial and Business Development Office (IBDO). Lower running costs, better access to a larger pool of research talent and proximity to the market are some of the many advantages offered by a mainland research office.

The University's call for potential projects to be carried out on the mainland resulted in more than 20 proposals. After reviews by the Working Group on Applied R&D, chaired by Professor W F Fong, Associate Vice-President (Research), 10 projects were selected for funding on the grounds of academic merit, and potential for commercialization and penetration of the market. Among these funded proposals, four were picked for incubation at two research centres in the SVUP. The remaining six, which focus on IT, were chosen for the Zhuhai centre (see table for details).

The two centres in the SVUP, Biotech & Health Centre and Industrial Technologies Centre, headed by Professor W F Wong (BCH) and Dr Albert Cheung (FLC), respectively, cover a total area of 7,000 square feet. The IT centre in Zhuhai, of which Professor Hong Yan (IT) is Director, occupies approximately the same area as the two Shenzhen centres combined. A representative office in the SVUP, headed by Mr Wong (IBDO) and managed by a mainland officer, will serve as the liaison centre for CityU's teaching, research and promotion activities--such as academic exchange and conference organization--in . 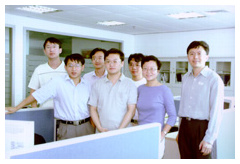 Fast-paced development
"The pace of change here has been very impressive," said Professor Y S Wong, Vice-President (Institutional Advancement), who led 40 CityU staff members on a visit to the SVUP on 13 October. He said many construction sites at the Shenzhen High-Tech Industrial Park, where the SVUP is located, have turned into impressive looking industrial complexes in the space of a few months' time. "The pace of progress at Shenzhen could be an impetus for innovation and hard work for people in ."

The delegation was organized to keep colleagues abreast of the progress of work at the SVUP and to familiarize them with the research environment in the Park. CityU has earmarked HK$50 million for business incubation and applied research development in . Projects selected, though funded initially by the University, are expected to eventually become self-financing. IBD" will invite the second round of proposals for cross-border research projects in December 2001.

The delegation visited CityU's representative office as well as its associated company, IRIS Systems, in the SVUP. Headed by Dr Ma Jian (IS), IRIS System (Shenzhen) Ltd was established with sponsorship from the National Natural Science Foundation of China (NSFC) to develop the Internet- based Science Information System (ISIS) project, which facilitates online submission, evaluation and management of research projects, as well as dissemination of project results. The IRIS system for managing research grant applications at CityU and the Internet-based Technology Information System(ITIS) system adopted by 's Innovation and Technology Commission were also Dr Ma's brainchild. The company, which currently occupies 201 square metres and employs eight staff members from Shenzhen, will embark on further expansion as the project proceeds.

Among the delegates were colleagues interested in pursuing projects in the cross-border applied R&D centres. "Since many of our research staff are from the mainland, it is cost effective to conduct our projects here," said Dr Louis Ma (IS). "A base at Shenzhen makes our marketing effort in China easier and it makes good sense for some of our projects with a China focus to be undertaken here" Professor Guanrong Chen (EE) added.