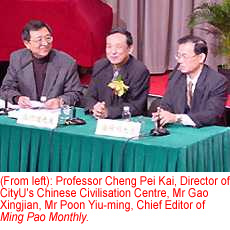 Although his novel is all about questioning—of literature, Chinese history and even language—Gao Xingjian, the first Chinese writer to win the Nobel Prize for Literature, says he has no desire to overturn anything. "There's no need to overturn the tradition. It is there and no one can deny it," said Gao at his public lecture on 31 January at CityU, where the celebrated author talked to a large and enthusiastic audience about his views on literature and writing. 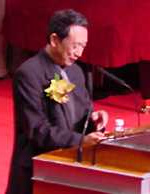 "When I was young, I received piles of letters from the editors saying that nobody would understand my novels," said Gao "This forced me into searching for the meaning of the novel."

Indeed, it has taken a lifetime to find new ways of telling a story, he explained. With so many plays, short stories and novels under his belt, Gao has surely found many ways of approaching the novel.

"However, I haven't found them all," he said. "I'm going to continue to look for them, and, I believe, after I die, other people will carry on this endeavour...I think this is how history is developed." 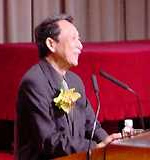 The literary event was organized by CityU's Chinese Civilisation Centre and Ming Pao Publications Ltd. In welcoming the fifth Nobel Prize winner to speak at CityU, President HK Chang called the lecture a "great feast for the soul."

If you missed the talk and would like to read more about it, please check out a transcript of Gao's lecture (in both English & Chinese).